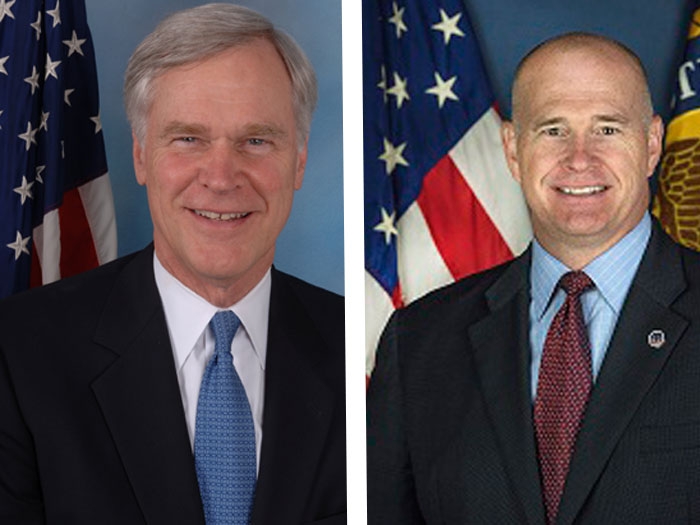 SCA says the awards recognize exemplary individuals from Congress and the Administration who have demonstrated exceptional leadership, dedication and support to the shipbuilding and repair industry.

“Both Rep. Crenshaw and Administrator Jaenichen have been integral in supporting the U.S. shipbuilding and repair industry,” said Tom Godfrey, SCA Chairman and President of Colonna’s Shipyard in Norfolk, VA.  “Congressman Crenshaw, through his leadership on the House Defense Appropriations Subcommittee, has provided a critical voice on the importance of consistent funding for Navy shipbuilding and repair accounts. Administrator Jaenichen has consistently voiced his support of the U.S maritime industry and led his department in releasing the 2015 economic impact study that showed the U.S. shipbuilding and repair industry accounts for more than 400,000 jobs and contributes $38 billion in GDP to the economy.”

In addition to the leadership awards, SCA also honored its 2015 Safety Award winners, with 12 member shipyards receiving awards for improvement and excellence in safety.​

“In an environment with complex machinery and systems, safety is paramount.  SCA recognizes the stellar safety performance by the leadership within these shipyards,” said Matthew Paxton, SCA President.  “Their proactive approaches showcase their dedication to the improved safety and health of their employees and reflects the culture of safety within the U.S. shipyard industry.”

“Thousands of companies across this nation produce cutting-edge technologies and provide the support that is so critical to our fleet. They are strategic partners in our military’s national security mission and central players in growing the economy and creating jobs.  We in Congress must fight to maintain a ship repair budget that provides consistent federal funding in order for them to carry out their work. The shipbuilding and repair industry has had my support in the past, have it today, and will have it tomorrow – no questions asked,” said Congressman Crenshaw.

The awards were presented during the SCA annual meeting in Washington, D.C.  The event saw the attendance of nearly 100 participants from the industry to discuss the status of the U.S. shipbuilding and repair industry and to bring awareness to the U.S. Congress of the industry’s critical role in national and economic security.

The meeting was held over three days and also featured remarks from Reps. Garret Graves (R-LA), Randy Forbes (R-VA), Bradley Byrne (R-AL) and Duncan Hunter (R-CA) who discussed the importance of the U.S. shipbuilding and repair industry for national security.