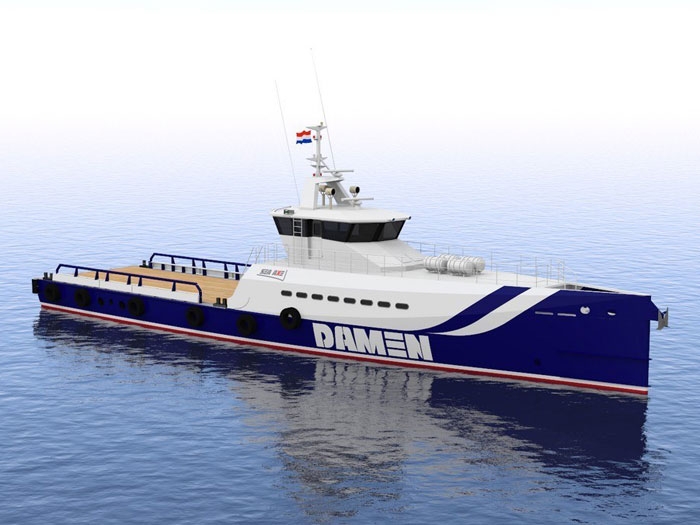 DECEMBER 5, 2014 — Boat manufacturer Metal Shark has reached an agreement with Damen Shipyards to market Damen designs, which the company will construct at its Franklin, LA, shipyard.

“We are proud to offer globally proven Damen designs as we expand our footprint in new markets,” said Metal Shark president Chris Allard. “Damen’s impressive portfolio serves as the perfect complement to our own designs, and our location on the Gulf of Mexico puts us within easy reach of many of the most important players in the offshore commercial sector.”

The Damen announcement caps off a busy year for Metal Shark, which announced the acquisition of its new Franklin shipyard in January. In April, Metal Shark hired marine industry veteran Carl Wegener, previously of Austal USA and Kvichak Marine, as its director of commercial sales. The company’s new yard, which became operational in July, is currently producing multiple 45 ft, 55 ft, and 75 ft monohull and catamaran vessels.

“We intend to aggressively market a wide range of Damen designs, including fast crew suppliers, harbor and terminal vessels, wind farm support vessels, offshore patrol boats, pushers and tugs, barges, and other specialty vessels,” says Mr. Wegener. “Our new Damen designs, along with the Metal Shark designs that we’re producing at both of our facilities, give us an incredibly diverse product offering that will make Metal Shark uniquely appealing to number of commercial operators.”

Metal Shark’s Franklin yard is capable of producing aluminum and steel vessels up to 250 ft in length.