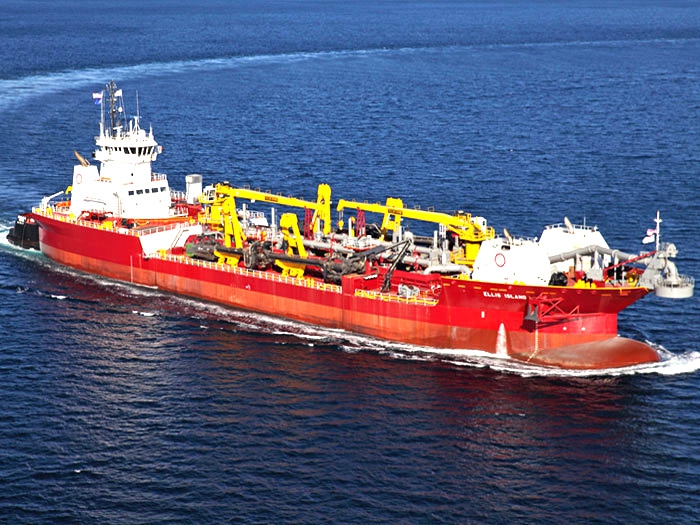 Ellis Island is largest hopper dredge in the United States market, with a carrying capacity of 15,000 cubic yards

David Simonelli, President, Dredging Division, said, “We are excited to take delivery of this advanced vessel which improves the competitiveness of our hopper group and represents a substantial reinvestment in our fleet. The Ellis Island significantly increases the United States commercial Jones Act hopper fleet capacity as the largest hopper dredge in the United States market, with a carrying capacity of 15,000 cubic yards.”

Great Lakes will perform U.S. Coast Guard emergency crew drills today and expects to receive the Certificates of Inspection thereafter. On receipt of the Certificates of Inspection, the Ellis Island and tug Douglas B. Mackie will depart Panama City for the Mississippi Coastal Improvement Program project and commence operations on this important long haul coastal restoration project.