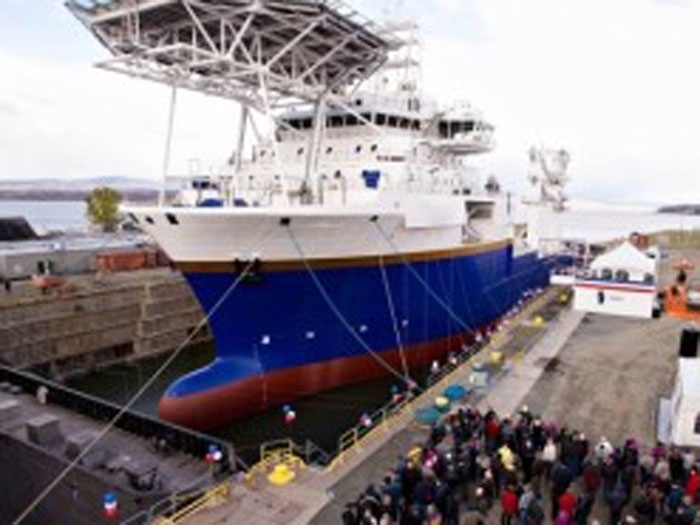 JULY 14, 2014 — Cecon ASA looks like it faces another delay in taking delivery of the Cecon Pride, the first of the three construction vessels it has on order at shipbuilder Chantier Davie Canada Inc., Lévis, Quebec.

Today it announced another financial tweak by its subsidiary Rever Offshore AS .

Rever has signed an agreement that extend the maturity of the senior tranche A and tranche B bonds funded by certain funds and accounts managed by York Capital Management Global Advisors, LLC or its affiliates (York) up to July 31. The holder of the Tranche A Bonds and the Tranche B Bonds will receive an extension fee of USD 250,000 for the new 15-day extension period.

The agreement with York aligns repayment of the construction financing with the planned delivery of the Cecon Pride from the shipyard in Canada.

According to today’s announcement “Cecon Pride is completed for sea-trials”.