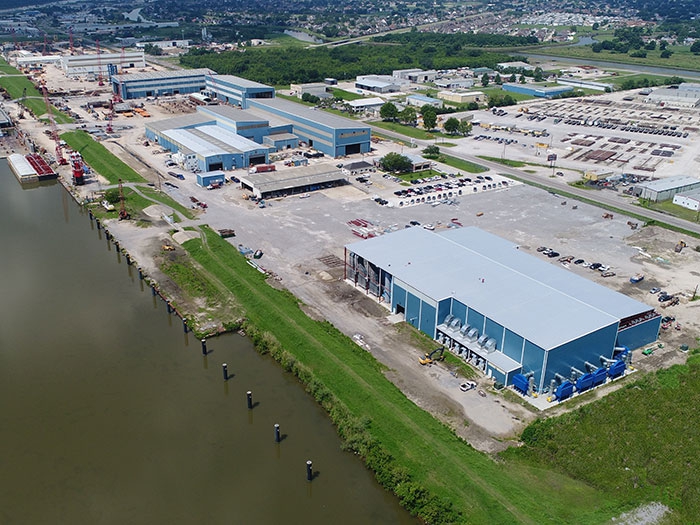 JUNE 20, 2018 — Belle Chasse, LA, based C&C Marine and Repair has announced the expansion of its main shipyard. The company has acquired another 1,000 linear feet of bulkhead adjoining its existing yard along with a 16,725 square foot spooling shop equipped with two 20 ton overhead cranes.

C&C Marine and Repair will now have 3,200 linear feet of continuous waterfrontage along the Gulf Intracoastal Waterway (Algiers Canal) and over 470,000 square feet of area under roof.

This latest expansion of the C & C Marine and Repair facility follows several completed and ongoing improvements to the shipyard. These include the completion of its new corporate office, the installation of new pilings to add 900 feet of mooring capability to its existing dock, and its nearly completed state-of-the-art, 83,350 square foot climate-controlled, robotic blast and paint buildings.