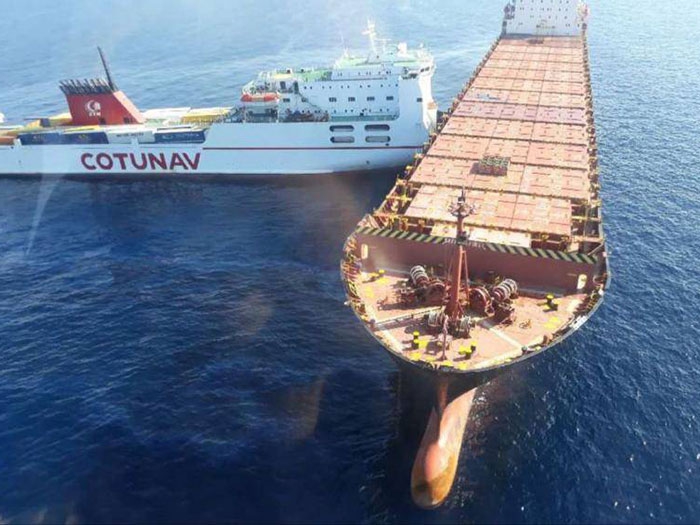 OCTOBER 12, 2018 — Two ships that had been wedged together after a T-bone collision off Corsica on October 7 finally separated at about 9 pm yesterday when wave action added to the effects of previous attempts to pull them apart.

According to PREMAR the incident began around 07:30 on October 7 when the Tunisian RO/RO ship Ulysse collided with the Cyprus-flagged containership CLS Virginia that was anchored about 28 km northwest of Cape Corsica.

Neither of the two ships reported any injuries, though an overflight by a helicopter from the National Gendarmerie showed a sheen around both vessels and significant damage to the CLS Virginia.

Subsequently it emerged that the collision (or perhaps, more correctly, allision) had breached the containership’s bunker tanks, with an oil slick threatening the coast of Corsica.

Both French and Italian assets were deployed to fight the pollution

Salvage and clean-up efforts are continuing. 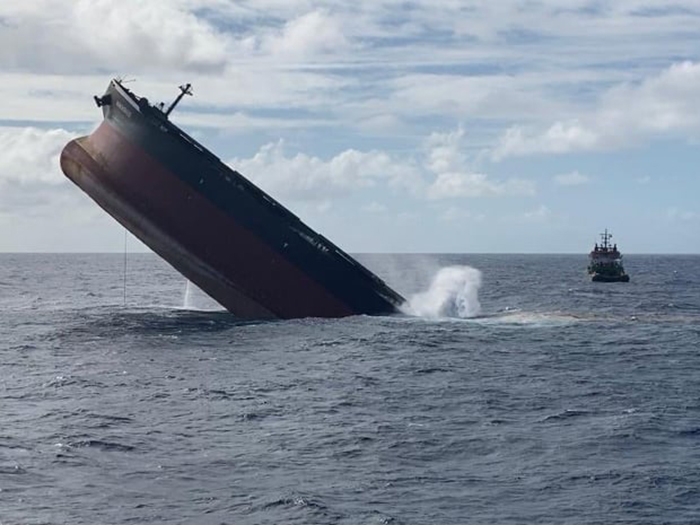 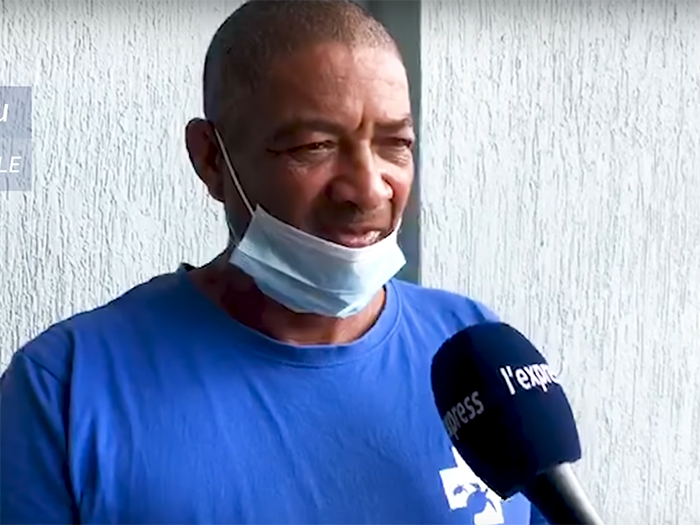 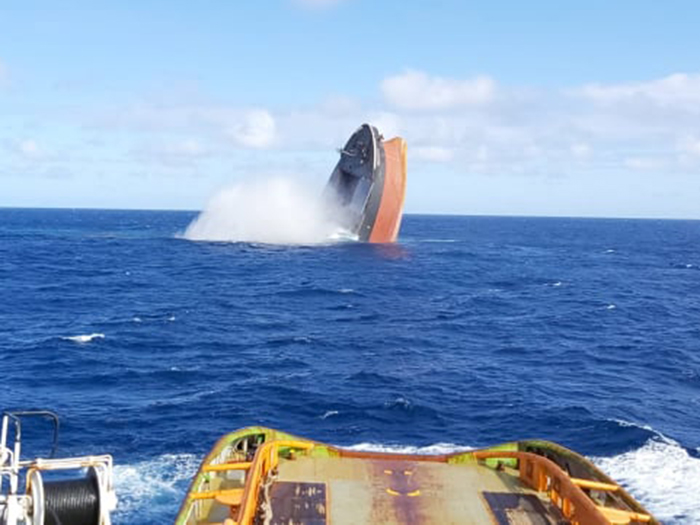 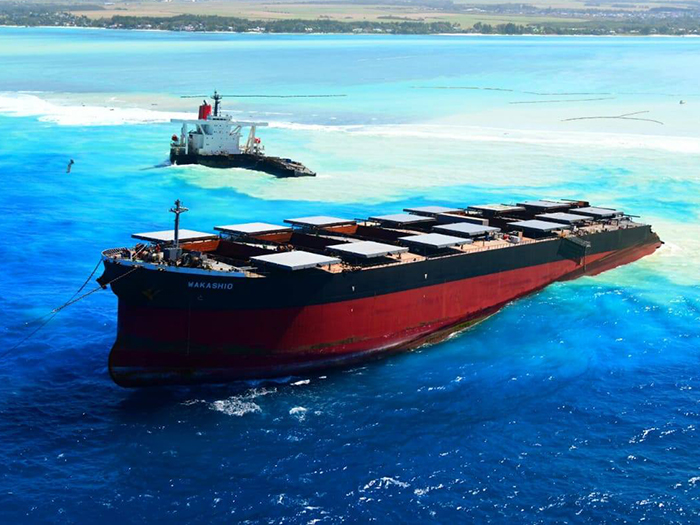