After taking a pause to maintain apparatus, the St. Simons Sound Response team today resumed cutting operations on the hull of the capsized car carrier Golden Ray, which is being sliced into eight giant sections for removal and recycling.

Two sections of the wreck, the bow (section one) and the stern (section eight) have already been removed. The current cutting operation will separate section seven from the vessel.

As the giant heavy lift vessel VB-10000 got back to sawing through the the wreck using a massive chain strung between its twin gantries, precutting operations continued along additional cutlines to increase efficiency when the removal operation advances to subsequent sections.

Responders, meantime, have completed weight-shedding operations on Section Two removing approximately 100 vehicles and two movable decks from the section. The vehicles will be transported to and processed at two local, certified auto recycling facilities.

The barge Julie B, which is being used to transport the separated sections, will depart the recycling facility in Gibson, La., next week en route to Brunswick, Ga., after workers successfully removed Section One. The barge will receive Section Two once the section is separated and lifted. 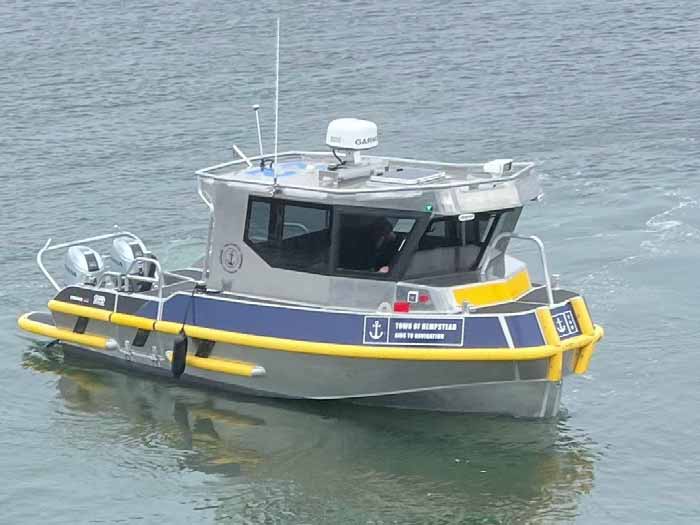