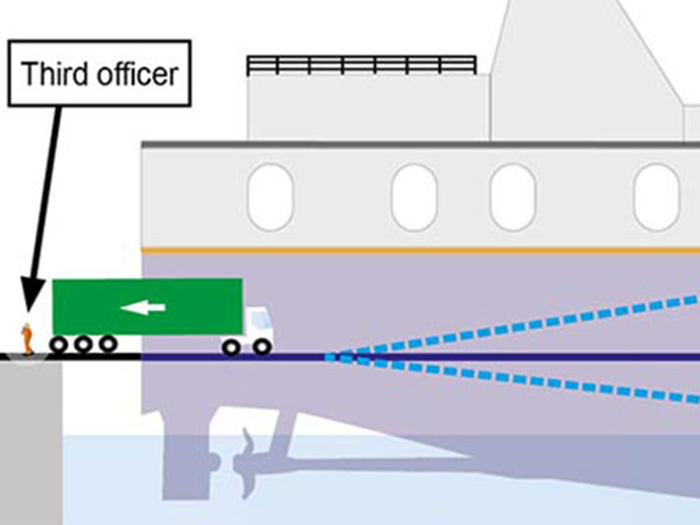 The death of the third officer of a RO/RO during unloading operations in Brocklebank Docks, Liverpool, last May underscores the very real dangers of mobile phone distraction while working on board ship, prompting the U.K. Marine Accident Investigation Branch to publish a maritime industry safety flyer in addition to its detailed report of the accident.

The incident occurred on May 15, 2019 when semi-trailers were being discharged from the Isle of Man registered RO/RO freight ferry, Seatruck Progress.

The ferry’s stern ramp was the only means of access for vehicles and pedestrians. The vessel’s third officer, who was overseeing the cargo operations, was struck and fatally injured by a semi-trailer that was being pushed down the vessel’s stern ramp to the quayside.

The driver of the tractor unit pushing the semi-trailer stopped immediately but the third officer was trapped between the trailer’s rear wheels and was pronounced dead by attending paramedics.

The third officer was talking on his mobile telephone and was facing down the ramp, away from the direction of the semi-trailer’s approach, when he was struck. He probably did not hear the trailer approaching amongst the noise from cargo operations on other decks, and he was standing away from a pedestrian walkway that was painted along the starboard edge of the ramp.

The tractor driver was unable to see the third officer due to the semi-trailer blocking his view ahead and he was not expecting any pedestrians to be on the stern ramp.