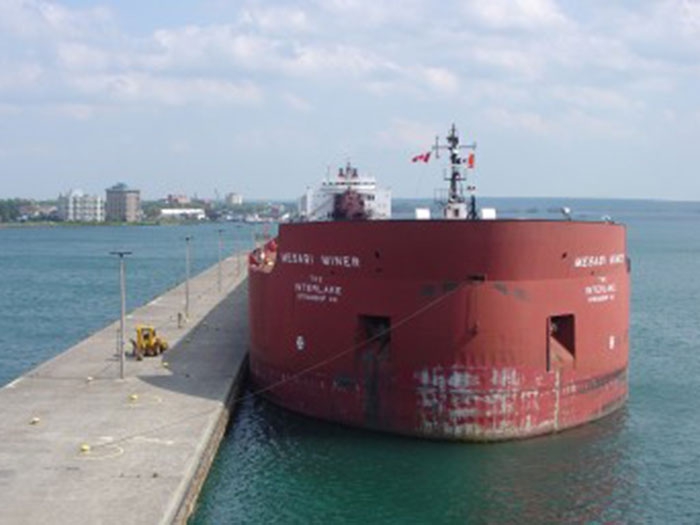 Interlake has now contracted for Dupont exhaust gas cleaning systems for all five of its eligible Great Lakes bulk carriers. Three of the ships already have the units installed and operating.

Interlake has been a leader in the U.S,Great Lakes shipping industry since 1913. The DuPont scrubbers support its long-term vision of creating the most efficient and environmentally responsible fleet on the Great Lakes.

Two closed-loop, in-line scrubbers per vessel are to be installed over the winter 2017 season on the self-unloading dry bulk carriers M/V Mesabi Miner and M/V Paul R. Tregurtha
.
For these retrofits, Belco worked closely with Interlake to provide a system with optimized equipment and auxiliaries based on the space limitations aboard the ships. For example, the scrubbers will take advantage of a common effluent treatment system to meet all U.S. Coast Guard, U.S. EPA and IMO wash water emission standards.

“We are thrilled to continue to build upon the successful emission-reduction program we began with Belco in 2015,” said Interlake President Mark W. Barker. “With a third of our fleet already in operation, we are excited to continue working with Belco as we standardize this proven and reliable technology throughout our fleet.”