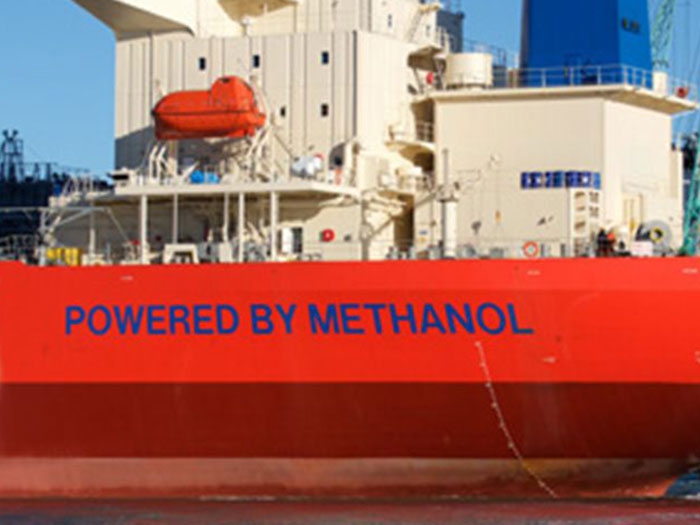 A green loan is a loan whose proceeds are used solely for the purpose of funding environment-friendly projects. The methanol fueled tanker falls into this category since methanol is a clean-burning fuel that produces less nitrogen oxides (NOx) and particulate matter (PM) than fuel oil.

The ship being funded by the loan is one of four 49,000 dwt vessels being built at South Korean shipbuilder Hyundai Mipo Dockyard for charter to Waterfront Shipping (WFS), a subsidiary of Vancouver, Canada, headquartered Methanex, the world’s largest producer and supplier of methanol. They will be delivered in 2019 and will be powered by MAN B&W ME-LGI two-stroke dual-fuel engines that can run on methanol, fuel oil, marine diesel oil or gas oil (see earlier story).

In May, NYK became the first company in the global shipping industry to issue labeled green bonds to fund LNG fueled vessels and other NYK projects.

The green loan from Taiyo Life Insurance Company has a term of ten years from December 27, 2018, to December 27, 2028 and has been certified by Japan Credit Rating Agency Ltd. (JCR)to be aligned with the highest rank of “Green 1” of the Green Loan Principles developed by the Europe-based Loan Market Association (LMA) and the Asia Pacific Loan Market Association (APLMA) in March 2018.