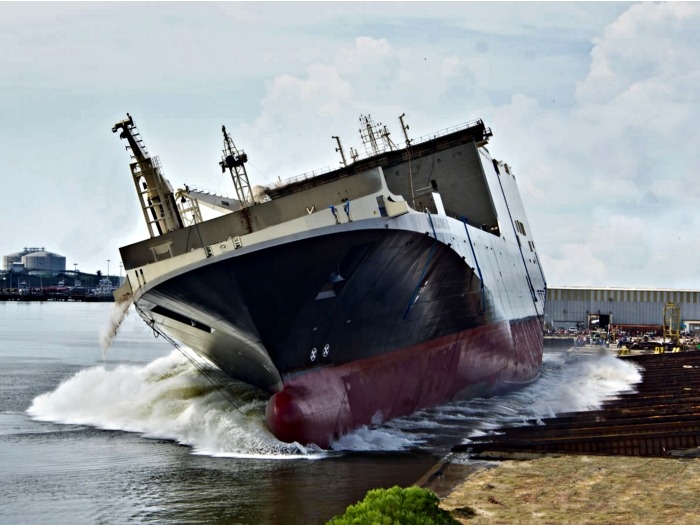 “Launching Marjorie C is a huge and exciting milestone for us,” says George Pasha, IV, Pasha Hawaii President and CEO. “We’re thankful for the many hardworking people involved in her creation, and, while we’re quite eager to get her into service, our immediate focus will be on testing and commissioning her systems.”

VT Halter Marine CEO Bill Skinner calls the M/V Marjorie C “ a magnificent ship” and says the construction of the ship was “a great accomplishment for VT Halter Marine.”

The M/V Marjorie C can carry up to 1,500 TEUs, above and below deck, as well as vehicles and oversize cargoes on its 10 workable decks. The vessel has a vehicle capacity of 2,750 units. It has a stern quarter ramp that measures 39.4 feet wide and 20.7 feet high, with a rated capacity of 250 metric tons.

The ship also has its own battery-operated cranes to handle containerized cargoes stowed above deck.