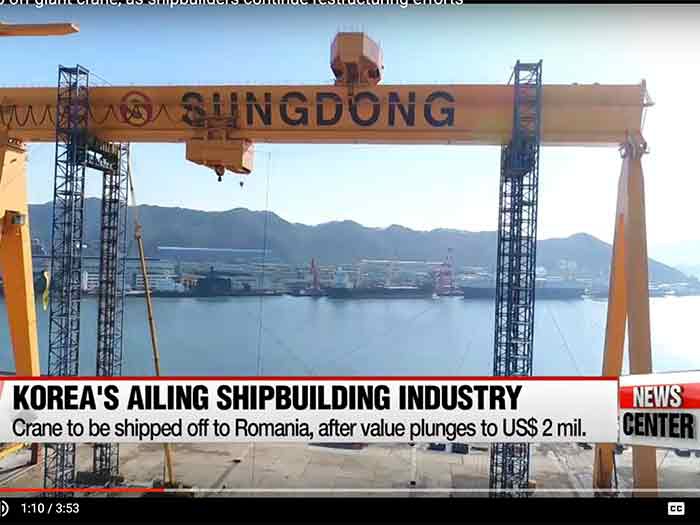 DECEMBER 30, 2016 — In a symbol of the tough times facing Korean shipbuilders, a 700 ton gantry crane at Sungdong Heavy Industries’ Masan shipyard has been sold at scrap value to a local demolition firm which has resold it to a Romanian shipyard, according to the Korean Economic Daily.

The sale is a reminder of the sale of the giant Kockums crane that was a landmark of Malmö, Sweden until the summer of 2002, when it was shipped to Ulsan, Korea, after being sold to Hyundai Heavy Industries for $14 million.

The Koreans dubbed that crane the “Tears of Malmö.”

Despite what Arirang News commentators say in a video released this week, the crane now leaving the Sungdong shipyard is not the iconic Malmö crane. Still, the tears now being shed by Korean shipbuilders are no less real than those once shed in Sweden and the Arirang commentary has that part of the story right.