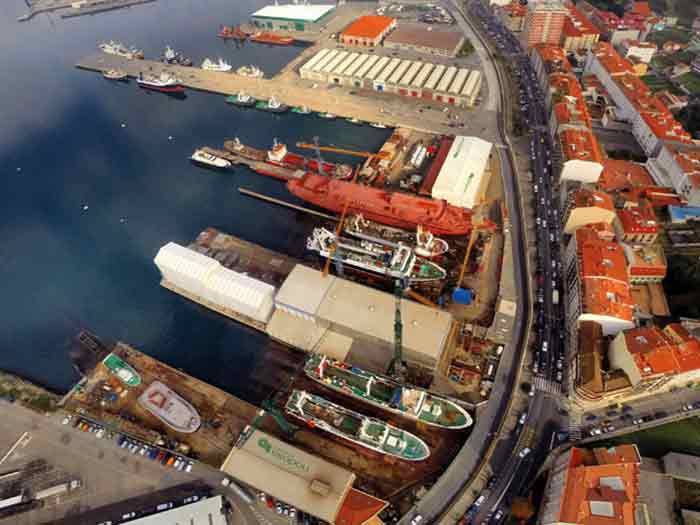 Part of the Nodosa Group. the Nodosa Shipyard is located in the Galician province of Pontevedra and has a number of facilities and production centers, including its Marin shipyard, which boasts over 40,000 sq.m of land/sea surface area, 6,000 sq.m of which are indoor work factories and buildings with six slipways (one of which measures 150 m long and can be converted into a dry dock), and four 150-m outfitting pier. Nodosa also has its own cutting and shaping factories and mechanical workshop, in Bueu and Pontevedra respectively.

As part of the agreement, SENER will provide engineering services in addition to technical support and training. The FORAN system has been installed successfully in the shipyard’s Marin factory, and the corresponding training sessions have been held.

Nodosa is now working on its first FORAN project, designing a trawler. The company’s specialists connect to the project remotely from their modern cutting center in Bueu, where they can add the ship’s metal sheets and profiles using FORAN. This 63.7- m long ship will be used for fishing squid in the Southwest Atlantic fishing grounds near the Falkland Islands.

“The FORAN system is going to help Nodosa boost its marine business by offering integrated design and production,” noted the shipyard’s Sales Director Jose Ramón Regueira after the license transfer and maintenance contract was signed.

SENER Marine General Manager, Rafael de Góngora, said that “signing the contract with Nodosa is proof of SENER’s reliability and its commitment to the future of the shipbuilding industry in Spain, and of its dedication to shipyards and technical offices.”