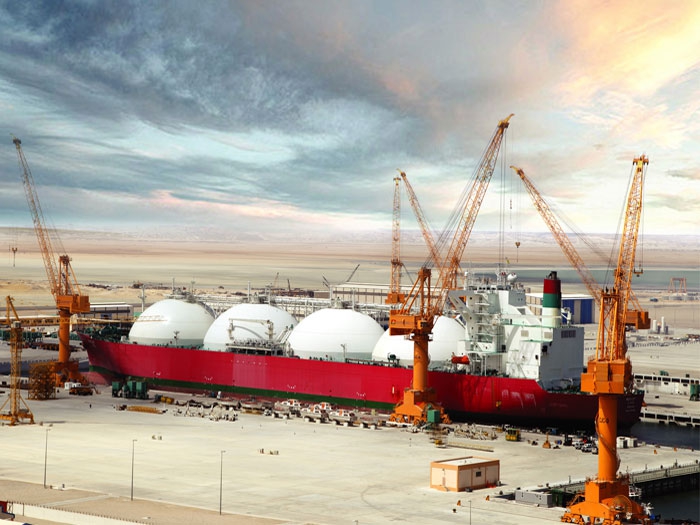 JUNE 1, 2018 — Controlling some 4,727 vessels with a capacity of 365 million dwt, Greek shipowners remain among the most colorful and influential members of the shipping community. Many of them will converge next week at the international shipping exhibition Posidonia 2018, which will be held June 4-8 in Athens, Greece, to discuss topics such as ballast water management, the impending global sulfur cap, fleet renewals and refits, and the current outlook for waterborne trade.

Held every two years, Posidonia will mark its 50th anniversary in 2018 with a record number of exhibitors this year—1,920 from 92 countries and territories. Among those exhibiting will be Oman Drydock Company (ODC), which has established itself as one of the world largest and most modern ship repair yards.

“We are already delivering top class services to our customers, utilizing our existing first-class facilities, which are now complimented by the recent investment in a new floating dock. We are always striving for the best service offering and options to our customers, and continual investment is key to delivering this.” says Said bin Homoud Al Mawali, the recently appointed CEO of ODC (shown at right),

ODC’s facility, which is located in Duqm, on Oman’s Indian Ocean coastline, covers an area more than 2.4 million square meters. The shipyard has two ULCC size graving docks (410m x 95m and 410m x 80m), five quays, with a total of 2,800m of alongside berthage with water depths of between 9 and 10 meters, and 14 jib cranes with lifting capacities of between 40 and 100 ton. Its five workshops cover outfitting, electrical works, machinery, hulls, blasting and painting, and a cryogenics clean room for LNG tanker repair work.

Since ODC began operations back in 2011 the yard has carried out some 570 repair/conversion projects, and in response to recent market demands, ODC has managed to build a strong portfolio of experience in carrying out both ballast water management system installation and scrubber retrofitting, making it one of most attractive yards in the region.

Said plans to use the Posidonia 2018 exhibition to announce ODC’s entrance into the shipbuilding market. “Our aim is to be the first choice for shipowners for ship repair and conversion operations of commercial tonnage and naval vessels, as well as the offshore industry, not only in Oman, but also the entire Middle East, and with a strong order book and promising year ahead, we are in an advantageous position,” says Said. “But our plans do not stop there.  In a strategic move to continue the evolution of our operations and given our location, facilities, skill-set and the continuous commitment to deliver excellence, we are now looking at entering the world of shipbuilding.”

He adds, “Our shipyard has the capability and capacity to deliver small units such as OSVs, tugs and barges to the worldwide shipbuilding market. We are confident in our experience and knowledge to deliver this. We have a plan and the demand is there.”

The Greek shipping community represents a key market sector for ODC. “We are passionate about what we do and have a strong focus on collaboration and joint ventures with like-minded organizations. Posidonia allows us to be closer to, not only many of our major clients, but further supports and cements our key relationship with our exclusive Greek market agent, George Moundreas & Company S.A, who we have worked with since 2012,” concludes Said.