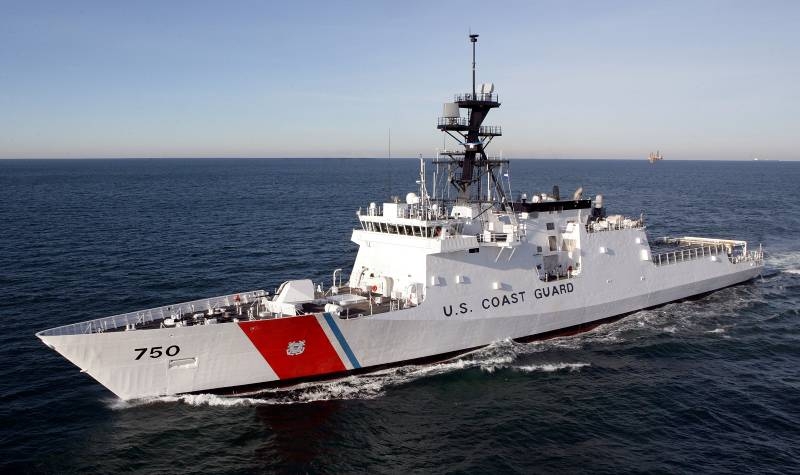 No mystery why the ninth NSC is in the legislation. It was put into 2016 Homeland Security appropriations bill (which was wrapped into the omnibus bill) by Senator Thad Cochran (R-MS), who is chairman of the Senate Appropriations Committee, even though it was widely criticized as "an unnecessary acquisition."

"The demands on the Coast Guard to protect our coasts and waterways from terrorism, human trafficking, drug smuggling and other maritime threats are not diminishing. They're increasing and will continue to do so as its jurisdiction in the Arctic region expands. The National Security Cutter is the best weapon we have to meet that demand," said Senator Cochran, back in June. "The current Coast Guard production goal for only eight National Security Cutters is based on dated assessments and is insufficient to meet current or future requirements,"

"I am pleased that the Senate bill would maintain the national security cutter production line in order to give the Coast Guard more certainty and capabilities to meet its operational requirements," he added.

DECEMBER 22, 2015 — The $1.1 trillion omnibus spending bill signed into law by President Obama last week is a Santa’s bag full of many goodies — including $640 million for a ninth National Security Cutter — even though the Coast Guard has said that it has not identified a need for a further NSC.