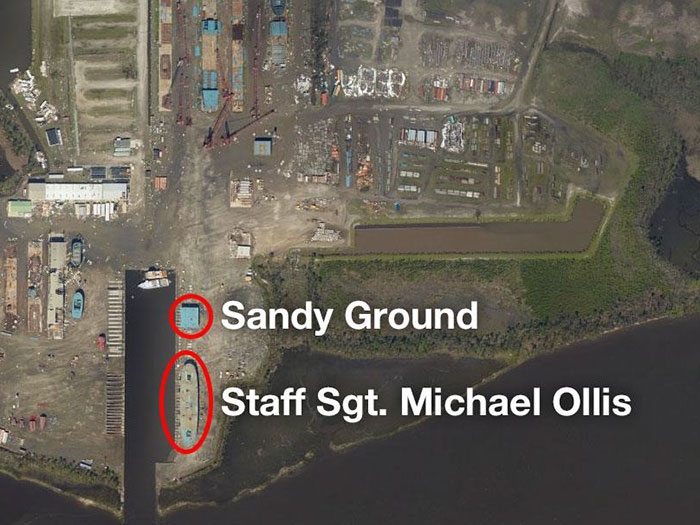 OCTOBER 18, 2018 — According to an update posted on Eastern Shipbuilding’s website earlier today, company President Joey D’Isernia reports that many of its employees are now back at work as the Panama City, FL, shipbuilder continues to recover from damage caused by the impact of Category 4 Hurricane Michael.

“It is our mission to clean up both shipyards and get them back up and running as quickly as possible and we need to help of each employee to accomplish this task,” D’Isernia says in a message to workers. ‘We are making great strides each day towards this goal and the shipyards are looking better all the time. Many of our employees are back at work and more are returning every day. Once you have secured the safety and security of yourself and your family, we would love to see you back at work helping with the cleanup effort so we can get back to building quality ships for our valued customers.”

Meantime, owners with vessels under construction at Eastern Shipbuilding Group are assessing the status of their projects. Among them is the New York City Department of Transportation (NYCDOT), which ordered three new 4,500-passenger ferries from the Florida shipbuilder. NYCDOT issued the following update yesterday:

“We are saddened to report that the Florida shipyard where two of the newest Staten Island ferries are under construction was devastated last week by Hurricane Michael. All of us at DOT send our thoughts and prayers to all the staff at Eastern Shipbuilding — as well as to the people of the Florida Panhandle recovering from this terrible storm.

“The first aerial photos from Panama City, where Eastern Shipbuilding is based, illustrate that neither of the ferries — the Staff Sgt Michael Ollis and the Sandy Ground — appears damaged.

“However, our on-site representatives have confirmed that virtually every other structure in the shipyard was lost, either completely or partially. The shipyard has lost electricity, and many Eastern employees have lost their homes.

“The first Ollis boat was scheduled to arrive in New York Harbor at the end of 2019, but given current reports, we anticipate delays. The shipyard is insured, and under our construction contract, DOT is not liable for any damages. Work crews on site at the shipyard have this week begun clearing debris. With our ability to maintain the existing Staten Island Ferry fleet, DOT anticipates absolutely no interruption in ferry service as a result.

“We expect more specific detail about those delays in the weeks ahead. Thank you.”