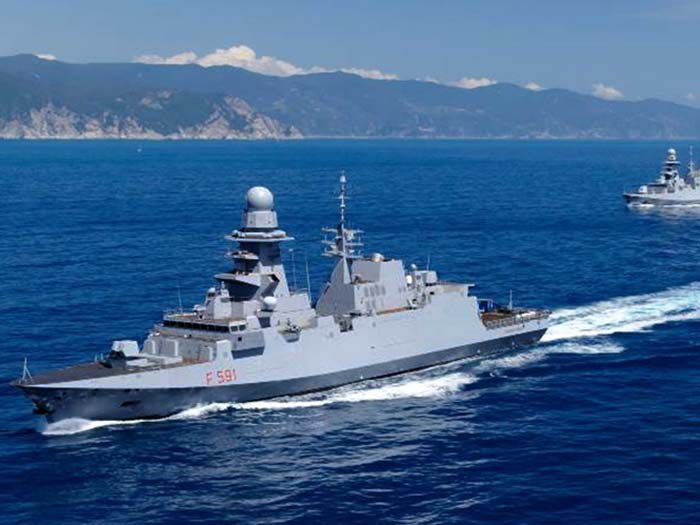 Fincantieri Marine Group will use the FREMM‐FFG as the reference design vessel for its bid for the U.S. Navy's FFG (X) program

FEBRUARY 17, 2018 — Five shipbuilders have each been awarded $15 million Navy contracts to provide conceptual designs for the next generation guided missile frigate (FFG (X)) that will follow the Literal Combat Ship (LCS).

Each will be maturing its proposed ship design to meet the FFG(X) system specification. The conceptual design effort will inform the final specifications that will be used for the detail design and construction request for proposal that will deliver the required capability for FFG(X). The Navy says that the conceptual design phase will reduce cost, schedule, and performance risk for the follow-on detail design and construction contract.

The Navy outlined the capabilities it is looking for in the FFG (X) in an RFI issued July 10,2013

Both Austal and Lockheed Martin will be offering designs based on their existing LCS designs. Though, as we reported last month, Fincantieri Marinette Marine will be offering an FFG (X) design based on the FREMM frigate, in service with the Italian Navy since 2012, it will remain the shipbuilder for the Lockheed Martin FFG (X), which will be based on the Freedom-variant LCS design. Lockheed Martin says that the flexibility of the design and its ability to integrate increased capabilities is demonstrated by Saudi Arabia’s selection of an LCS derivative, the Multi-Mission Surface Combatant, to fulfill its small combatant requirement.

Huntington Ingalls has as yet released no details of its parent design, but it is widely supposed that it will be based on the U.S. Coast Guard Legend class National Security Cutter.