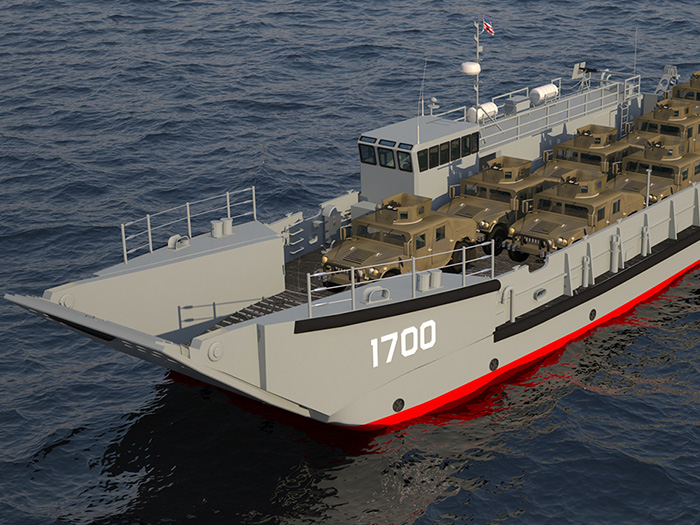 Swiftships LLC, Morgan City, La., has been awarded a $50,144,904 modification to a previously-awarded contract that exercises an option for the construction of four LCU 1700 class Landing Craft Utility (LCU) transportation boats (1703 through 1706).

Work is expected to be complete by October 2022

The LCU 1700 class will replace the existing LCU 1610 class of amphibious landing craft on a one for one basis. LCU 1700 will be a similarly rugged steel craft which will recapitalize the LCU 1610 capabilities and has a design life of 30 years.

LCU 1700 craft will be a highly reliable and fuel efficient, heavy-lift platform with complementary capabilities to the faster air cushion landing craft which have a significantly shorter range, smaller payload capacity, no habitability and operating hour limitations.