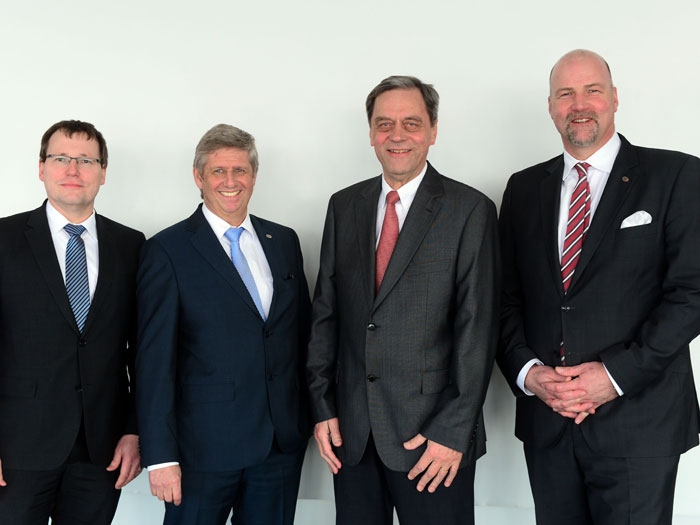 MARCH 7, 2016 — Jarmo Laakso has left his position as Royal Caribbean Cruises’ head of construction at shipbuilder Meyerwerft to join the board of Lloyd Werft Bremerhaven AG.

Mr. Laakso, a Finn, takes up the post as Lloyd Werft  prepares for the acquisition by parent Genting Group of the shipyards currently operated by Nordic Yards (see earlier story).

The acquisition will see the creation of a new Lloyd Werft Group with around 1,700 workers shipyards in Bremerhaven, Wismar, Warnemünde and Stralsund. Lloyd Werft already has orders from Genting and subsidiary Crystal Cruise for three ocean-going luxury cruise ships and for four inland cruise ships— and may well have others that have not yet been disclosed. Genting Chairman Tan Sri Lim Kok Thay has said that by buying Lloyd Werft, and now the three Baltic shipyards, Genting wanted to “secure (its) global cruise shipping strategy for the next ten years.”

Lloyd Werft chief Rüdiger Pallentin said last Friday in Bremerhaven that “no one should be afraid for their job” and that the order book will bring work for the next ten years.

Lloyd Werft has long had the hulls for its new ships built elsewhere — and elsewhere will now, it seems, be the newly acquired Baltic yards.

Mr. Laakso’s job will be to link shipyard and shipowner interests. He will be part of a leadership quartet that also includes Rüdiger Pallentin, Carsten J. Haake and Dirk Petersjohann.

Mr. Laakso will have offices at both at Lloyd Werft and at the large modern shipyard in Wismar. Trained in Finland as a Naval Architect he is not only a shipbuilding engineer but also a mechanical engineer – a combination rarely seen at a German shipyard.

Married with three grown-up daughters, Mr. Laakso is no stranger to Bremerhaven. He joined Schichau-Seebeckwerft in 1995 and gathered early experience with Lloyd Werft on the building of the cruise ships Costa Victoria and Norwegian Sky before spending six years with Meyer Werft in Papenburg where he was the shipyard’s Project Manager on cruise ship newbuildings for Royal Caribbean International. After that he served with Arosa Flussschifffahrten GmbH in Rostock for some before finding his way back to Meyer Werft and Papenburg in 2005, but this time working for Royal Caribbean Cruises.