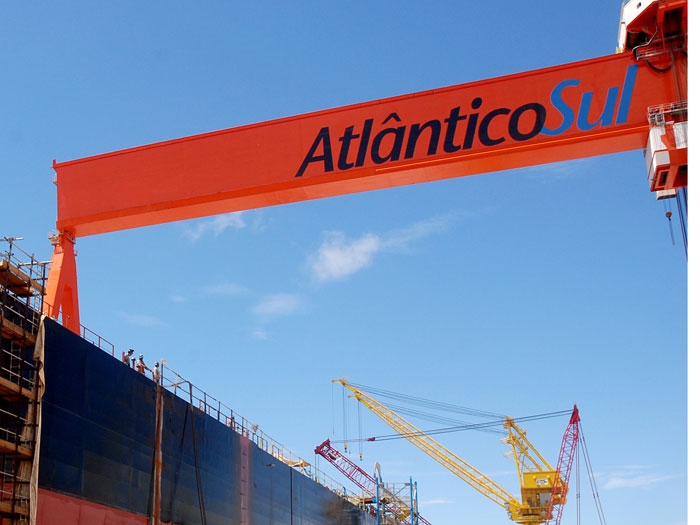 IHI Corporation, together with JGC Corporation and Japan Marine United Corporation(JMU), set up JEI (which is controlled by IHI) to take a stake EAS in 2013.

“Recently, however,” notes IHI, “the outlook for the JEI investment in EAS has been adversely impacted by several factors, including the recession in Brazil and the corruption scandal and related investigations involving Petróleo Brasileiro S.A. (Petrobras), which, among other things, have affected Sete Brasil, a drillship counter-party of EAS, and payments to EAS under its contracts with Sete Brasil. As a result, EAS’ financial performance has not been as expected at the time when JEI joined EAS. Also, facing financial difficulties due to the recession in Brazil and the long-term oil price downturn, Petrobras has significantly reduced its investment plan and IHI cannot expect the market condition for offshore-resource development facilities, for which IHI made the investment, to recover in the near term.

“Under these circumstances, IHI and the other shareholders in JEI decided to transfer JEI’s whole equity interest in EAS to the Camargo Corrêa Group and the Queiroz Galvão Group, and IHI has decided to withdraw from all involvement with EAS.”

IHI says it still thinks that Brazil can be a profitable market from a medium- and long-term perspective, and maintains its bases in Brazil.