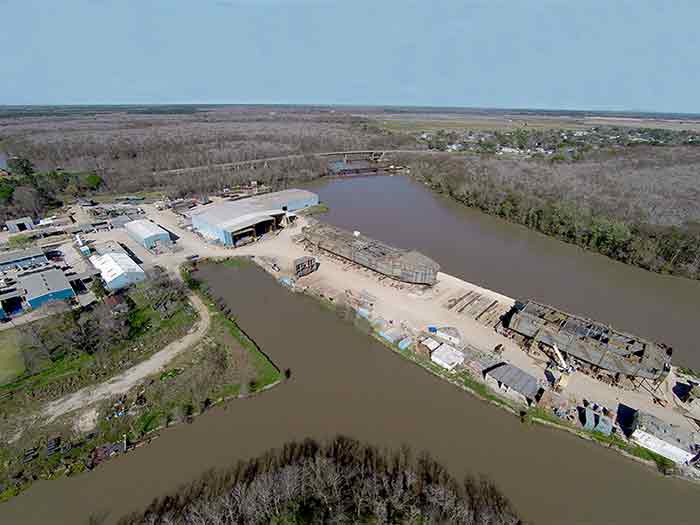 Tugs will be built at Gulf Island's Jennings, LA. shipyard

The state of the art 98.5ft tugs with a bollard pull of eighty (80) tonnes, are a high-performance twin screw ASD ship-handling/tug, designed for berthing and unberthing large ships and for providing escort, and emergency response in the vicinity of LNG and oil terminals.

“We are thrilled to once again have the opportunity to build vessels for Bay-Houston Towing Company. These vessels will be built at our Jennings, Lousiana, location,” said Kirk J. Meche, President and C.E.O. of Gulf Island Fabrication, Inc.

“We are pleased to award Gulf Island Shipyards, LLC. the contract for four next generation Z Tech 30-80 tugs. Having built tugs at the Jennings, Louisiana location before, our continued confidence in Gulf Island’s ability to deliver a superior product was instrumental to their selection,” stated Philip E. Kuebler, President, Bay Houston Towing Co.