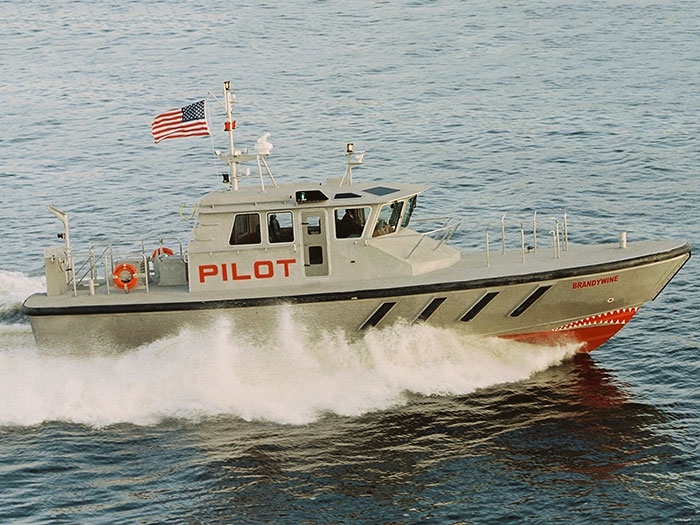 Brandywine, one of the shipyard’s early 53′ Chesapeake class launches built in 2004, is one of nine pilot boats built for the pilots since they took delivery of their first boat from the Somerset, MA, shipyard in 1957.

Along with installing new shafts and Brunton propellers, the yard replaced the twin Daewoo 650 bhp diesel engines with a pair of Volvo D16 EPA Tier-3-compliant 650 Bhp diesel engines, each delivering the same output at 1,800 rpm as the original engines with a top speed of 25 knots. The new engines are connected to ZF 500-1A gearboxes.

Along with new windows and doors, a diesel-fired boiler was added to improve the deck, handrail and cabin heating system.

“The vessel has been well maintained over the years,” said Peter Duclos, the yard’s president. “The hull was in excellent condition. Over the years, the pilots upgraded the safety and rescue gear and replaced the original interior seating.”