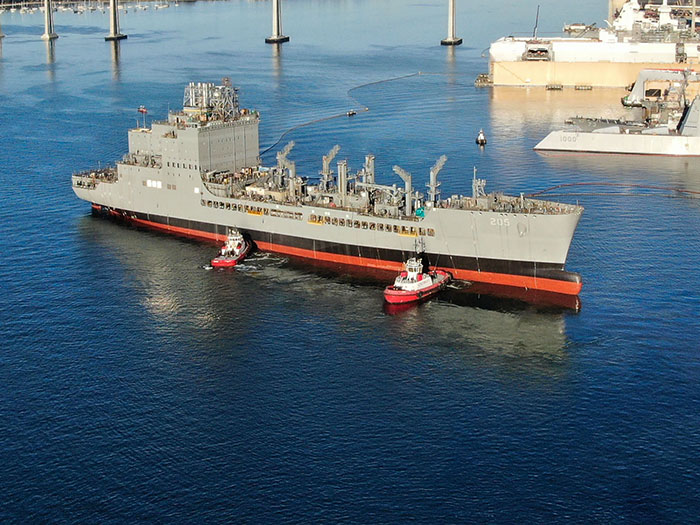 The future USNS John Lewis (T-AO 205), the Navy’s first in a new class of Fleet Replenishment Oilers, was launched by General Dynamics-National Steel and Shipbuilding Company, San Diego, on January 12;

“Recapitalizing our aging fleet replenishment capabilities is a key component of making our naval logistics more agile and resilient,” said Mike Kosar, Support Ships, Boats and Craft Program Manager, Program Executive Office, Ships. “John Lewis will be a steadfast and reliable ship and we have tremendous momentum behind the program right now. We’re looking forward to delivering this enhanced capability to the fleet.”

The John Lewis-class ships will be operated by the Navy’s Military Sealift Command and provide underway replenishment of fuel and stores to U.S. Navy ships at sea and jet fuel for aircraft assigned to aircraft carriers. The ships will add capacity to the Navy’s Combat Logistics Force and become the cornerstone of the fuel delivery system.

With John Lewis (T-AO 205) now in the water, production efforts will focus on final outfitting in support of christening in the spring, and sea trials and delivery in late 2021.