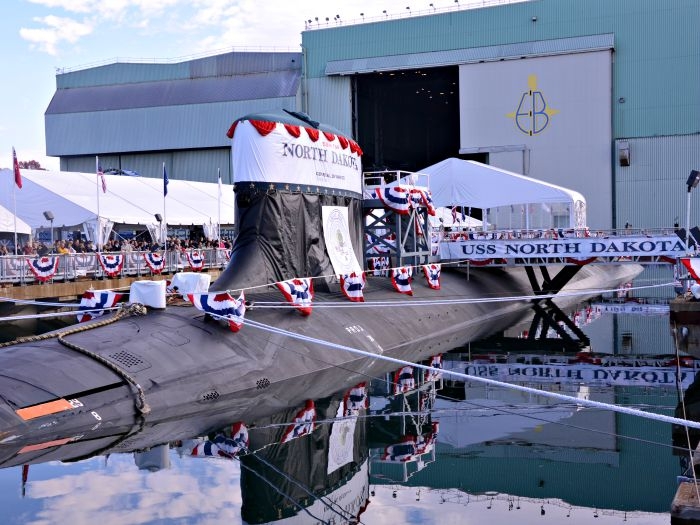 The USS North Dakota at a pre-commissioning ceremony in 2013

Commissioned in September 2014, the USS North Dakota was the first of the Block III series of redesigned Virginia Class attack submarines.

Electric Boat will perform planning and execution efforts, including long lead time material procurement, in preparation to accomplish the maintenance, repair, alterations, testing, and other work on the 377-foot long USS North Dakota during its scheduled post-delivery work period. Work will be performed in Groton and Quonset Point, RI, and with completion set for April 2016.