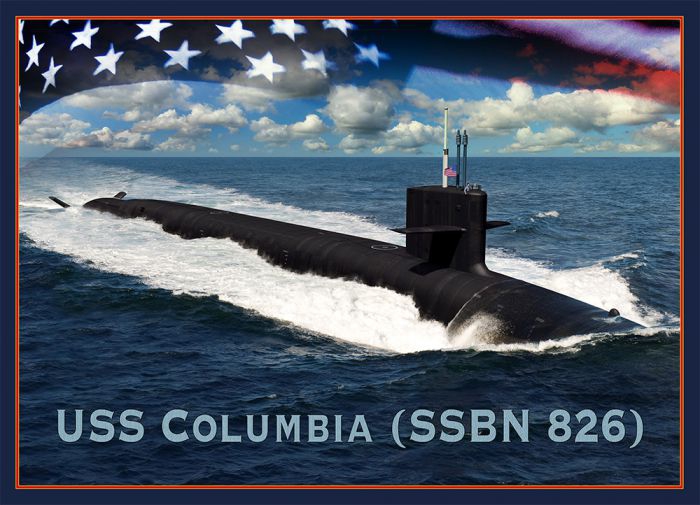 The new ballistic missile submarines were known as the “Ohio-class replacement” until last December when then Secretary of the Navy Ray Mabus formally announced the first ship of the new class will be named USS Columbia (SSBN 826) in honor of the District of Columbia.

“Working closely with the Navy and the submarine industrial base, Electric Boat will continue to lead critical aspects of the Columbia-class development effort, including design, material procurement, construction and operating-cost reduction, to achieve an affordable and effective program,” said Electric Boat President Jeffrey S. Geiger.

The IPPD contract includes funding for component and technology development as well as continued development of the Common Missile Compartment, which will be integrated into both the Navy’s new SSBN and the Royal Navy’s Dreadnought-class strategic missile submarine.

Construction of the lead Columbia-class submarine is scheduled to begin in the fall of 2020. The Navy plans to build a fleet of 12 new SSBNs.

“The Columbia class submarine is the most important acquisition program the Navy has today,” said Secretary of the Navy Richard V. Spencer. “This contract represents a significant investment in maintaining our strategic deterrent into the future, as well as our ongoing partnership with the United Kingdom.”

The contract award follows a successful Milestone B (MS B) approval January 4 2017.

MS B formally initiated the Columbia Program entry into the Engineering and Manufacturing Development Phase.

“Awarding this contract is an important step in ensuring an on-time construction start in FY 2021,” said Rear Adm. David Goggins, Columbia Class Program manager. “The Navy and our industry partners are excited to begin this important phase of the Navy’s number one acquisition priority.”