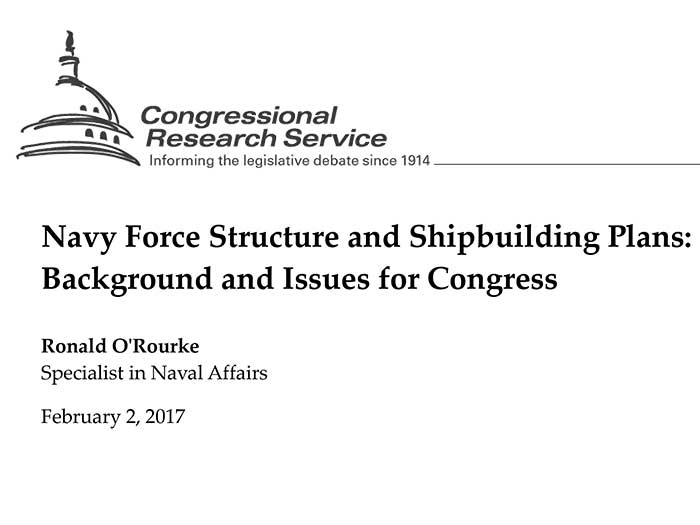 FEBRUARY 9, 2017 — Shipbuilders are more than happy with the much publicized news that both the Navy and the Trump administration want to increase the size of the battle force fleet to 350-355 ships.

Stating that goal and affording it are, of course, very different things. The more so as it is becomes abundantly clear that years of budgetary restraint are taking their toll on the Navy’s ability to maintain its existing ships.

Before too long, it will be Congress that has to wrestle with these issues when the new administration submits its first Navy budget request.

A new report from the Congressional Research Service — Navy Force Structure and Shipbuilding Plans: Background and Issues for Congress — lays out what’s involved.