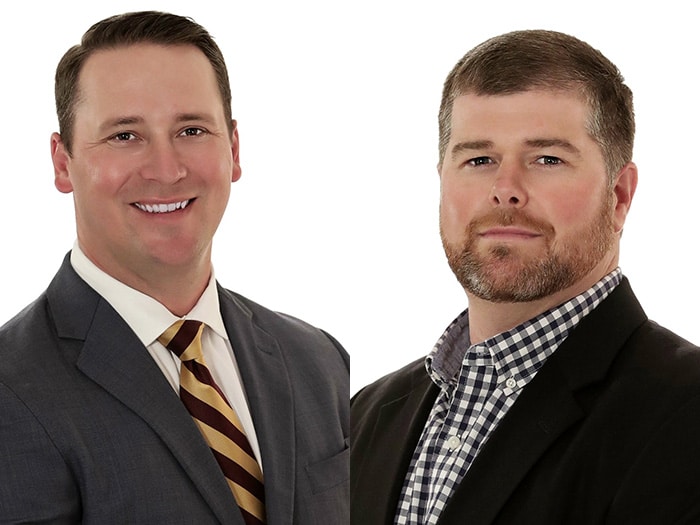 Bill Colonna, Chairman, and Tom Godfrey, President & CEO, have announced a series of senior management promotions along with a revised organizational structure for Colonna’s Shipyard, Incorporated (CSI), Norfolk.Va. All appointments will be effective July 2022.

“These key promotions along with a strategic organizational realignment reflect our response to the emerging dynamics of the marketplace and demonstrate to our customers and key stakeholders the continuity of experienced leadership within our company,” Godfrey said. “Today’s announcement positions CSI for continued growth and diversification that is essential for our future success.”

Jordan Webb, currently vice president, contracts, has been promoted to vice president of shipyard operations. In this role, he will be responsible for all legacy waterfront business, including Down River ship repair work. Webb has led the contracts department of CSI since 2017. Previously, he served in other areas of the company with increasing responsibility, starting as a ship superintendent, later as a shipyard project manager and contracts manager, and eventually operations manager, Steel America. He has a B.S. in business management from Virginia Polytechnic Institute and State University (Virginia Tech) and completed his project management professional curriculum through Villanova University.

Randall Crutchfield has been named vice president of industrial operations and facilities. He currently serves as Colonna’s chief experience officer and executive director of Colonna’s Steel America and Weld America divisions. In his new position, Crutchfield will be responsible for all CSI fabrication and machining operations, including off-site welding, and machining, as well as capital project planning and execution. He is also vice chair of the company’s board of directors. Previously, Crutchfield worked in various departments within CSI and its subsidiaries, including procurement, Down River operations, contracts, project management, and facilities, as well as estimating for Steel America. Crutchfield earned his undergraduate degree in international trade and development from the University of North Carolina, Chapel Hill and received his MBA with a concentration in finance from Regent University.

Chris Marsh has been appointed executive director of waterfront operations. Marsh will lead the enterprise-wide legacy waterfront business, Down River operations and will have operational oversight of Colonna’s Shipyard West in San Diego, Calif. Most recently, Marsh was director of trades for CSI, and prior to that, was director of production for General Dynamics NASSCO-Norfolk for five years. He is an apprenticeship graduate of Newport News Shipbuilding (marine pipefitting and welding). He is an American Weld Society certified weld inspector and a LEAN Six Sigma greenbelt. Currently he is studying business management at Old Dominion University with a focus on project management.

“With these promotions, we continue Colonna’s legacy as a successful family business and an employer of choice for those in our workforce,” said Bill Colonna. “Randall and Jordan have progressed through the ranks of our company and Chris has proven to be a great addition to the team. They are part of the next generation of maritime industry executives who will guide Colonna’s Shipyard into the future.”