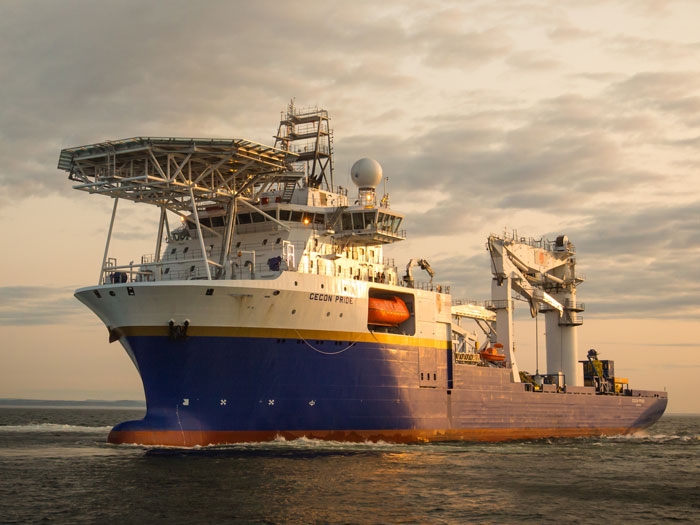 AUGUST 25, 2014 —  Cecon ASA through its subsidiary Rever Offshore AS  and their ship owning company Cecon Shipping 2 AS  today took delivery of the Cecon Pride from the Chantier Davie Canada Inc. shipyard in Lévis, Quebec Canada.

The 130 meter long and 28 meter wide multipurpose offshore construction vessel is the first of  three that Cecon has on order at the shipbuilder. The delivery marks the end of a saga that began back in 2007 when the series was set for delivery in 2009. That proved a tad optimistic, but today Cecon hailed delivery as a “major milestone, both in the development of Cecon and in the re-building of the Davie shipyard in Quebec.

Cecon Pride, already renamed Micoperi Pride, was set to depart at first high tide for the Mediterranean and her first contract for Italian contractor Micoperi, where she will do construction work for ENI.Chantier.

Davie’s Chief Executive Officer, Alan Bowen, commented, “This ship is the most complex commercial vessel to have ever been built at a North American shipyard. It’s also the largest vessel built in Canada in over 25 years, since Davie held the previous record.”

Cecon’s chairman, Riulf Rustad, added, “We would like to thank Davie and its employees for the successful delivery and for going above and beyond to ensure the vessel was ready for deployment straight onto her first contract, eliminating the need to carry out extra mobilization works in Europe. The new management of Davie has delivered on its promises.”

Steven Blaney, MP for Lévis-Bellechasse and Les Etchemins and Minister of Public Safety, commented, “The completion of a project of such complexity and scale is a remarkable achievement and a testament to the capacity of Canadian shipbuilding.”

Launched in October 2013, the hull was then outfitted and further works were added to the construction program to ensure the vessel could be deployed immediately from the shipyard. 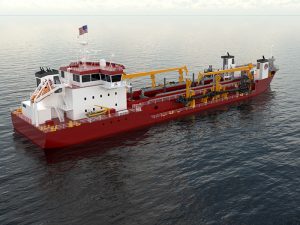