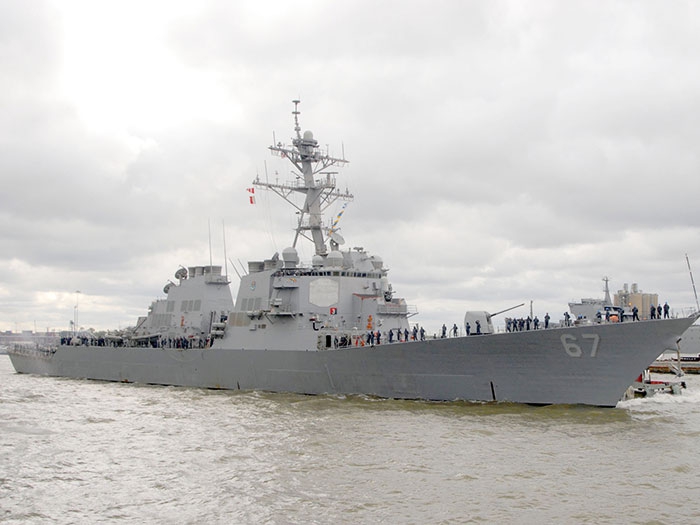 JUNE 7, 2018 — BAE Systems has received a $36.6 million contract from the U.S. Navy to modernize the guided-missile destroyer USS Cole (DDG 67). The contract includes options that, if exercised, would bring the cumulative value to $96.7 million.

This is a long-term availability and was competed on a coast-wide (East and Gulf coast) basis without limiting the place of performance to the vessel’s homeport. BAE will provide the facilities and human resources capable of completing, coordinating and integrating multiple areas of ship maintenance, repair and modernization for USS Cole.

The Cole will undergo one year of extensive work at the company’s shipyard in Norfolk, VA, the ship’s homeport, however, the contract was competed on a coast-wide (East and Gulf coast) basis without limiting the place of performance to the vessel’s homeport.

Under the extended dry-docking selected restricted availability contract, BAE Systems employees and subcontractors will dry-dock the 505-foot-long Cole and perform upgrades and repairs to the ship’s hull and engineering systems that will affect nearly every space on board. The work is expected to begin in July and be completed in July 2019.

“Our work on board the USS Cole is important to the service life of the ship and for expanding its capability to carry out future missions,” said Dave Thomas, vice president and general manager of BAE Systems Norfolk Ship Repair. “We are prepared to perform this extensive dry-docking, working with the ship’s crew, the Navy, and our industry partners.”

Commissioned in June 1996, the USS Cole is named after U.S. Marine Corps Sergeant Darrell S. Cole, who posthumously received the Medal of Honor for his actions in the Battle of Iwo Jima. On October 12,  2000, while refueling in Aden, the vessel was the subject of a terrorist bombing attack in which 17 American sailors died.