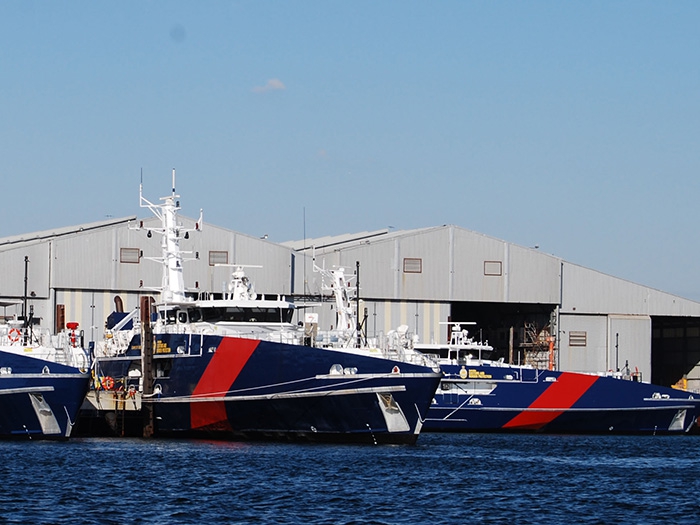 OCTOBER 2, 2017 — Austal (ASX:ASB) reports that the Royal Australian Navy (RAN) has awarded it a sustainment contract worth up to A$18 million (about US$14 million) over three years for the Cape-class Patrol Boats, Cape Fourcroy and Cape Inscription. This contract will employ eight directly and 20 indirectly in local contractors and Austal’s own facilities in the Cairns, Queensland, Australia, area. The sustainment work will be in addition to work undertaken by Austal for the Australian Border Force and will utilize much of the same experience and capabilities.

“We are very pleased to have received this vote of confidence from the Royal Australian Navy. We have invested heavily in people, software tools and our facilities in Cairns, Darwin and Henderson in recent years to develop the capability to deliver this service” said Austal CEO, David Singleton said. “The deployment of Austal’s patrol boats by the Commonwealth will allow export opportunities for Australia by effectively showcasing the vessel with a world class Navy. Austal is constantly pursuing opportunities for the Cape-class Patrol Boats and Pacific Patrol Boats to potential overseas customers.”

Austal is currently partnered with Fassmer, bidding for Australia’s A$3 billion Offshore Patrol Vessel Project and has also signed a teaming agreement with ASC Shipbuilding to offer a local Australian shipbuilding solution for the $35 billion Future Frigate Project.