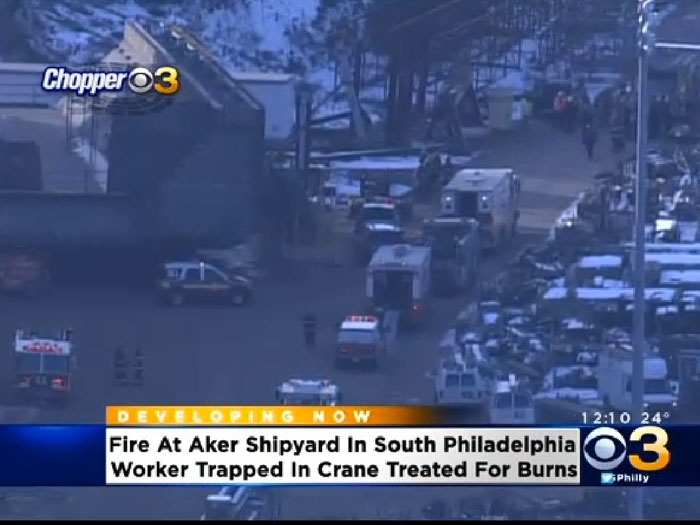 Incident made local news headlines. Shipyard says no one was trapped

FEBRUARY 13, 2014 — Aker Philadelphia Shipyard, Inc. (APSI) yesterday released an update on an incident that had at the shipyard early morning. It said the update was being provided “to correct numerous factually incorrect news reports”.

“At approximately 6:50 am, maintenance was being performed on the shipyard’s gantry crane when an electrical fault occurred,” said the update. “Following protocol, NAVSES and the Philadelphia Fire Department responded. One employee, who is now in stable condition, was injured and transported to an area hospital for treatment. No one else was injured and no individuals were trapped.