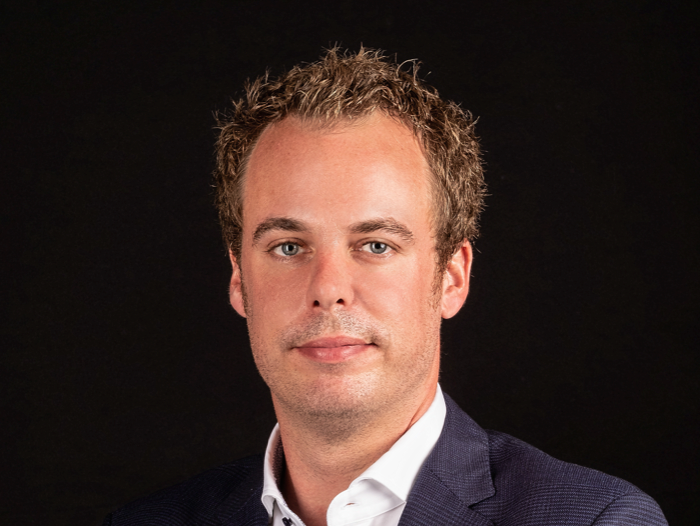 Reducing black carbon emissions is one of the few avenues by which shipping can have an immediate and tangible impact on climate change in the Arctic. FUELSAVE’s CEO and co-founder Marc Sima explains that the sector should seize the opportunities presented by advanced combustion conditioning to cut its emissions at the source. Based in Germany, his company has developed FS MARINE +, a technology that optimizes combustion to reduce fuel consumption and GHG emissions.

Nowhere on the planet are the impacts of climate change felt more acutely than in the Arctic. Temperatures are increasing and ice is melting at unprecedented rates, with devastating impacts on the fauna and flora of this pristine environment. While carbon dioxide (CO2) is a well-documented cause of these dramatic changes, a new culprit is also coming under increasing scrutiny: black carbon (BC).

Emitted as a result of incomplete combustion, black carbon is a subset of soot, or particulate matter emissions, with a Global Warming Potential of 3200, which means that 1kg of black carbon equals 3200 kg of CO2 equivalents (CO2-e). Black carbon retains heat in the atmosphere, contributing to the rapid rise in temperatures. When those particles then land on snow or ice, they again absorb heat, thereby accelerating the melting process. This phenomenon is a growing source of worry, especially since reports have suggested that the new low-sulfur fuel blends (VLSFO), which were introduced to comply with the new cap on sulfur oxides emissions, could increase black carbon emissions by as much as 60-80% due to their high aroma content.

Because black carbon only remains in the atmosphere for a few weeks, any reductions in these emissions would have a tremendous and immediate impact on the environment. Shipping can and must act now, and technologies do exist to cut the number of harmful particles emitted by marine engines in the first place.

One of these solutions is advanced combustion conditioning, a method which optimizes combustion through the dynamic injection of hydrogen, oxygen, water and methanol. This process, spearheaded by FUELSAVE, improves the thermal and volumetric efficiency of the engine, resulting in a leaner and cleaner combustion which minimizes GHG and black carbon emissions. The impact is immediate and significant, with black carbon emissions cut by up to 33% and particulate matter by up to 40%, along with reductions in other greenhouse gas (GHG) emissions, such as nitrogen oxide (NOx) emissions.

Shipping Under Pressure to Go Green

The fast-evolving regulatory framework puts shipping under mounting pressure to decarbonize its activities, making it all the more urgent to act swiftly. IMO has adopted targets which aim to reduce the carbon intensity of shipping by 40% by 2030, while the European Union (EU) has also developed its own plan to tackle emissions from shipping.

Wider social and consumer trends also have a growing impact on the industry. Customers worldwide are demanding action on climate change, and this already translates into financial incentives for companies. Indeed, a growing number of stakeholders in the supply chains are requesting more environmental-friendly practices and including sustainability as a key criteria for tenders. Reducing GHG and black carbon emissions therefore becomes a matter of financial urgency, and potentially of survival, for companies.

Meanwhile, companies are faced with a lack of practical alternatives, as most alternative power sources are still in development or not yet available on a large scale. Internal combustion engines are still dominant on the market and here to stay for the foreseeable future.

Yet it would be unwise for the industry to wait until those “technologies of the future” are ready before it moves towards sustainability. There is a widespread perception that companies are doomed to choose between investing in short-term fixes or long-term solutions. That is misleading for two reasons. Firstly, implementing systems to reduce emissions does not have to be expensive. Advanced combustion conditioning can be easily retrofitted on ships without requiring lengthy installation, and the technology pays for itself through the significant OPEX savings from reduced primary fuel consumption.

Secondly, advanced combustion conditioning will not become obsolete if, or when, companies decide to switch to alternative fuels. The system can be used safely with any fuel, whether liquid or gaseous, including hydrogen methanol, liquefied natural gas (LNG), biofuels or future fuels such as ammonia. By optimizing combustion, the technology will reduce the consumption of those expensive fuels, leading to significant savings, while optimizing performance and limiting emissions, notably by helping operators reduce the amount of methane released by LNG-fueled ships (methane slip).

Aware of the urgency to act, some companies are leading the way. This is the case of the world’s leading dredging firm, Van Oord, which has installed FUELSAVE’s system FS MARINE + on its DP3 subsea rock installation vessel M/V Bravenes. The technology will help the company towards its commitment to becoming carbon neutral by 2050, by reducing emissions from its existing offshore vessels.

Advanced combustion conditioning is fast-evolving and may soon be available for a broader range of engines. With the technology now successfully validated on four-stroke engines, the next step is to adapt and scale up for two-stroke engines, which are the engine of choice for the main fuel consumers and emission producers of the merchant fleet, including container and cargo ships, dry bulk carriers and tankers.

As early as 2022, one of the world’s largest engine manufacturers will test MARINE+ on a modern two-stroke dual-fuel engine, before the system is deployed in a pilot project for an around 70MW 2 stroke slow-speed main engine for propulsion. The project is funded under the 3 Mio “CleanerShip” project from the European Maritime and Fisheries Fund (EMFF).

By adopting technologies that can be retrofitted and allow them to immediately start reducing black carbon and other harmful emissions, shipping companies will be safeguarding more than the ecosystems in the Arctic.