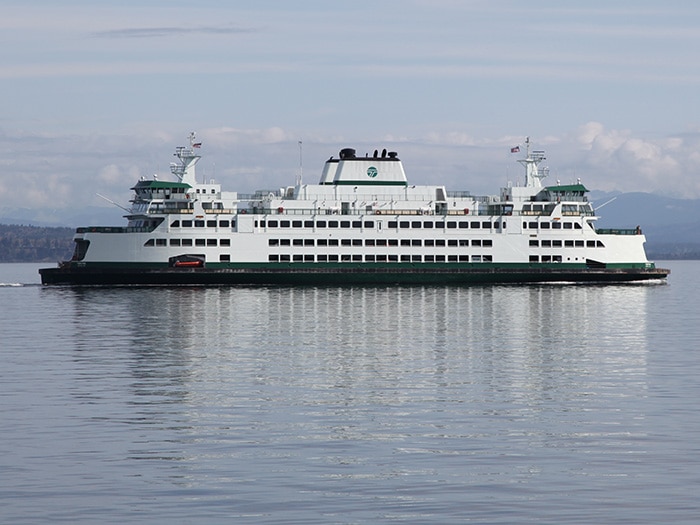 Washington State Ferries (WSF) is to rebid the contract to build its new series of hybrid-electric Olympic class (HEOC) vessels.

WSF has nearly completed the functional design for the vessels, which are a key element of its electrification project, through a contract with shipbuilder Vigor. Once completed and accepted, WSDOT will own the design and will utilize it for these new vessels, which will each have a capacity for 144 vessels.

The original plan was for Vigor to also construct the vessels. However, in an update to staff on May 24, Patty Rubstello, PE. Assistant Secretary, WSDOT/Ferries Division, wrote:

“Unfortunately, we cannot reach agreement with Vigor on either price or contract terms, including the appropriate assignment of risk. Vigor’s proposed terms of the contract differ significantly from those proposed by WSDOT, as does their cost estimate. We notified Vigor today that we are ceasing negotiations and intend to solicit competitive bids to deliver these vessels.

“We did not take this step lightly. WSDOT must approach contracts with the best interests of taxpayers, whose dollars support our transportation system, foremost in mind. As we have done on multiple other programs, we are utilizing a design-build contract, an approach that limits risk assumed by the state.

“Secretary Millar has asked the WSF team to move forward with a request for proposal (RFP) to secure a ship builder for the HEOC vessels. I have instructed the team to move as quickly as possible. The solicitation and award of a new contract will result in a delay of the first vessel, but we will work to minimize schedule effects as much as possible.

“We look forward to securing a partner to work on this exciting project and build five new hybrid electric vessels in the state of Washington. I will keep you apprised as we learn more and as our team makes progress on the RFP process.”

Washington State Ferries has updated its electrification project web page and that is where it will post the RFP, along with its plans for 11 future vessels. You can access the page HERE