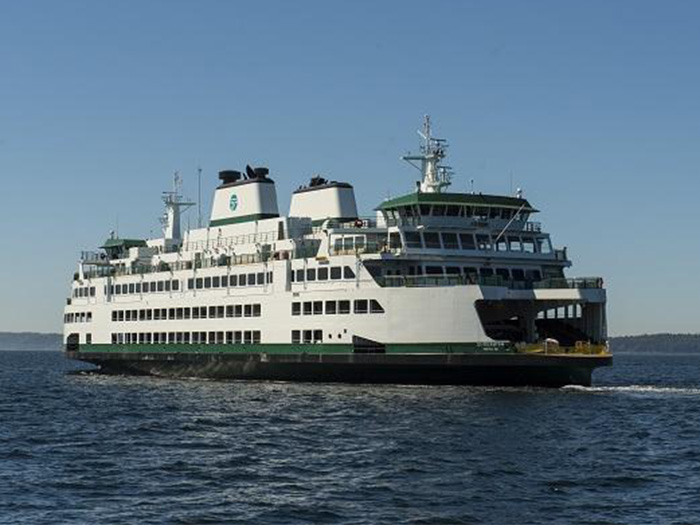 WSF’s new hybrid-electric ferry Wishkah, set to enter service in 2025, will be an Olympic-class vessel similar in design to Suquamish (above).

This week, after months of citizen suggestions and public input, the Washington State Transportation Commission voted 7-0 to select Wishkah as the name for the state’s next new 144-car hybrid-electric ferry, which will start construction at Vigor in 2022.

The name honors the river flowing south from the Olympic foothills into Grays Harbor. Before roads were built, the region was served by the steamer, Wishkah Chief, which carried passengers and cargo upriver to outfit the farms and logging camps.

The new Wishkah will be no steamer. It is the ferry system’s first hybrid-electric newbuild, marking a major step forward in Washington State Ferries’ (WSF) initiative to move toward a greener ferry fleet with the goal of a reliable fleet that has a lighter footprint on the environment and outperforms carbon dioxide reduction targets.

WSF’s plan to take America’s largest ferry fleet to emission free by the year 2050 is outlined in a video produced for the American Society of Civil Engineer’s biennial International Conference on Sustainable Infrastructure.