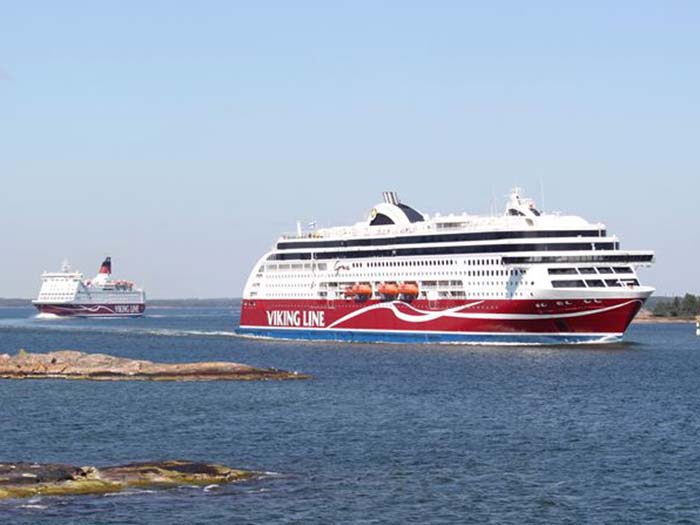 The greatest increase in passenger volumes was on the Helsinki–Tallinn route, where capacity was enhanced from April to October. The volume on that route increased 15.7 per cent to 2,341,440.

For the Turku (Finland)–Åland Islands–Stockholm (Sweden) route, passenger volume on M/S Viking Grace and M/S Amorella was 1,885,643 (1,884,441) or 0.1 per cent more than in 2016. As M/S Viking Grace is LNG fueled there’s probably another record somewhere in that statistic

On the Helsinki (Finland)–Mariehamn (Åland Islands)–Stockholm (Sweden) route, which was served by M/S Mariella and M/S Gabriella, 1,036,559 passengers (994,046) sailed during the year. That was a 4.3 per cent increase.

The Helsinki (Finland)–Tallinn (Estonia) route accounted for the greatest growth, with Viking Line offering 12 daily departures during the summer. The route was served by Viking XPRS as well as by Mariella and Gabriella in July. Viking Line met this great demand by adding a new vessel, Viking FSTR, or Faster, which served the route from April 10 to October 15. Viking Line transported a total of 2,341,440 passengers (2,023,119) on this route during the year, which was a 15.7 per cent increase. or a slight decrease of 0.1 per cent due to fewer traffic days in 2017. (The number of passengers who chose to sail on Mariella/Gabriella non-stop from Stockholm/Mariehamn to Tallinn was 4,549.)

“Passengers benefited from our expanded capacity during the year, while the tough price competition has been advantageous to our passengers,” says Jan Hanses, President and CEO of Viking Line.