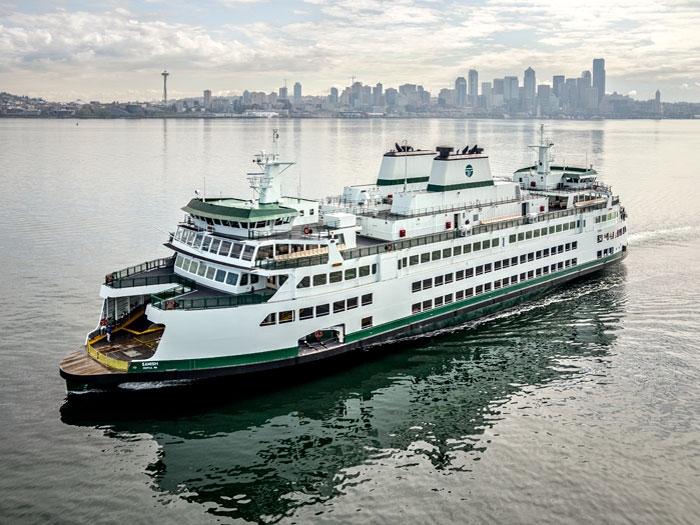 APRIL 13, 2015—The $126-million Samish, the second of three 144-car ferries, was recently accepted by Washington State Ferries (WSF), Seattle, WA, following its delivery from Vigor Industrial. Following two months of sea trials and crew training, the new ferry will begin service on the Anacortes/San Juan Islands route on June 14, just in time for the start of the summer sailing season.

The first in the series, the Tokitae, joined the WSF in June 2014 for service on the Mukilteo/Clinton route. The three Olympic Class ferries will replace the state’s Evergreen Class boats built in the 1950s.

The new ferry will be christened on May 20 by Trudi Inslee, the wife of Washington Governor Jay Inslee, at the Anacortes ferry terminal.

“It’s been an honor for Vigor to partner with Washington State Ferries on this vessel, and the nine other ferries we’ve built to serve the people of Washington,” says Bryan Nichols, Director of Sales at Vigor Fab. “The Samish represents the very best in state-of-the-art ferry design and has helped strengthen the maritime community by supporting over 500 jobs throughout the Puget Sound.”