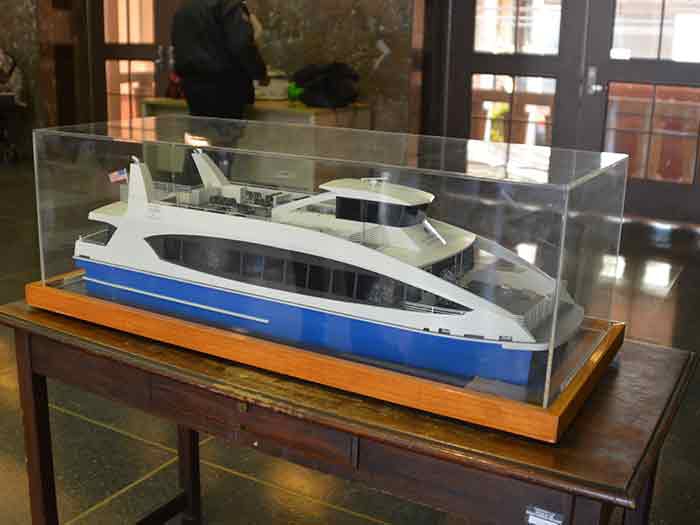 DECEMBER 28, 2016—Residents of the New York Borough of Queens are getting a preview of the Citywide Ferry boats that will start coming into service next year.

The model will give Queens residents a first glimpse of some of the features that will be offered in the advanced ferry boats currently under construction at Horizon Shipbuilding, Inc., Bayou La Batre, AL, and Metal Shark Aluminum Boats, Jeanerette, LA, including more spacious seating and places for commuters to stow their bicycles.

Other specs and features of the Citywide Ferry vessels include:

The first new Citywide Ferry routes to launch in 2017 will include new Queens stops in Astoria, Long Island City and the Rockaways.