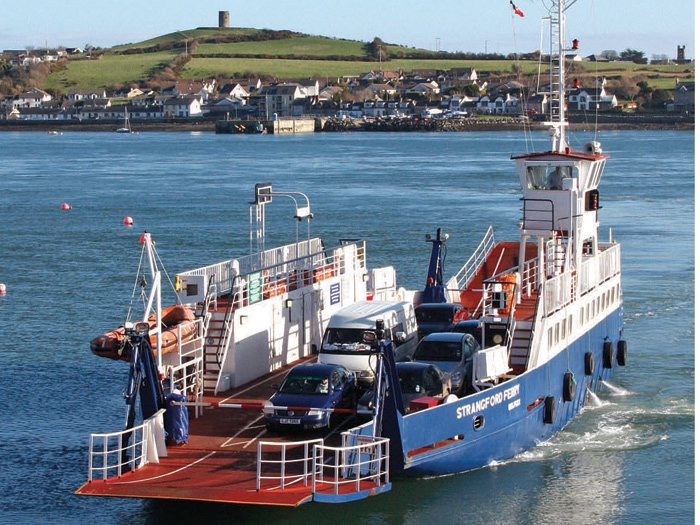 New ferry will look a lot like its predecessor, but will be larger and more powerful

JUNE 23, 2015 — A double ended ferry under construction at the Cammell Laird shipyard in Birkenhead, England, will replace an existing ferry on the route between Strangford and Portaferry in County Down, Northern Ireland.

The new ferry is being built for the Northern Ireland Department for Regional Development, which decided that after 45 years in service, it was time to replace the existing ferry, the M/V Stanford.

At first sight, the new ferry might look a lot like a reconstruction of the MV Strangford, but is a significantly larger and more powerful vessel with a larger carrying capacity than its predecessor.

However, like the M/V Strangford, the new ship will have Voith Schneider propulsion.

In addition to its proven reliability in the M/V Strangford, the VSP propulsion concept is well suited to the ferry’s arrangement for docking at the concrete ramps at the two terminals that it serves.

Two special skegs at the vessel ends ensure stability while at the same time protecting the VSPs which, rather than being arranged diagonally are positioned along the centerline of the vessel.

MV Strangford had been limited to 18 cars and could not transport vehicles with a weight exceeding 7.5 tons.

The vessel is to achieve a service speed of 10.75 knots. The maximum vessel speed reached using both 540 kW diesel engines will exceed 12 knots.