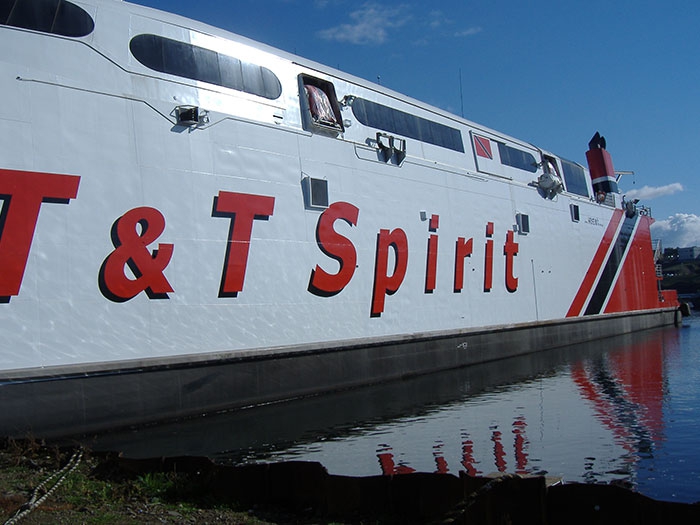 JANUARY 18, 2019 — Australian shipbuilder Incat Tasmania is to build a new vessel to the Government of Trinidad and Tobago.

Incat Chairman Robert Clifford says the newbuild vessel will be delivered in 2020.

The fast passenger / cargo ferry will have capacity for 1,000 persons, including 224 VIP seats, and will carry 239 cars or a combination of trucks and cars.

The Trinidad & Tobago inter-island seabridge has previously been served by two Incat vessels, the T&T Express and T&T Spirit and, like those, the new vessel will incorporate a range of onboard catering facilities with restaurant, kiosk and bars serving the central and aft cabins and the forward VIP area.

Incat will soon commence construction of the Trinidad ferry at its shipyard in Hobart. Tasmania, where the 110 m HSC Saint John Paul II, will soon start sea trials and is set to depart late January for her new home with Virtu Ferries in Malta servicing the route between Malta and Sicily.