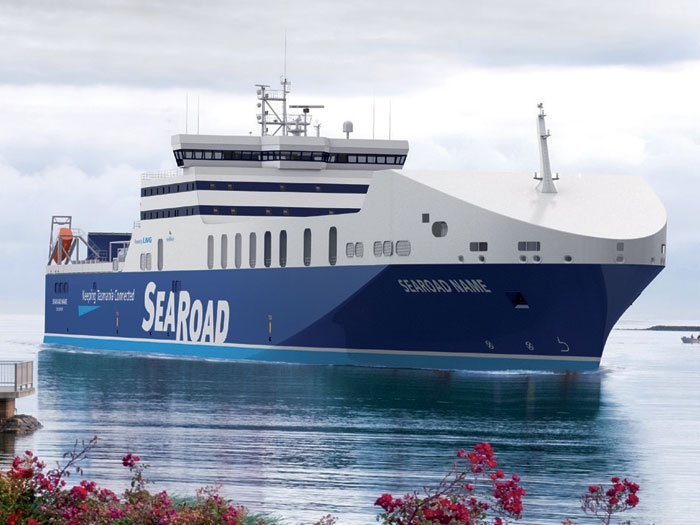 JUNE 10, 2014 — A 181 m x 26.6 m LNG-fueled RoRo ferry ordered at German shipbuilder Flensburger Schiffbau Gesellschaft (FSG) will be fueled by taking mobile LNG tanks on board during regular ship loading and unloading. Once on board, the tanks are secured and become fixed ship’s fuel tanks without the need for any transshipment, thanks to a special locking system developed by FSG.

The vessel is being built for Australian operator SeaRoad to provide future regular liner service between Melbourne on the Australian mainland and Devonport in Tasmania. It will offer a particularly flexible cargo carrying capability and will be to transport containers, including reefer units, trailers, cars and hazardous cargo as well as live animals – for example cattle.

The ship marks FSG’s first contract from an Australian owner. It is planned to start construction at FSG in September 2015 and to deliver the ship in the third quarter of 2016.