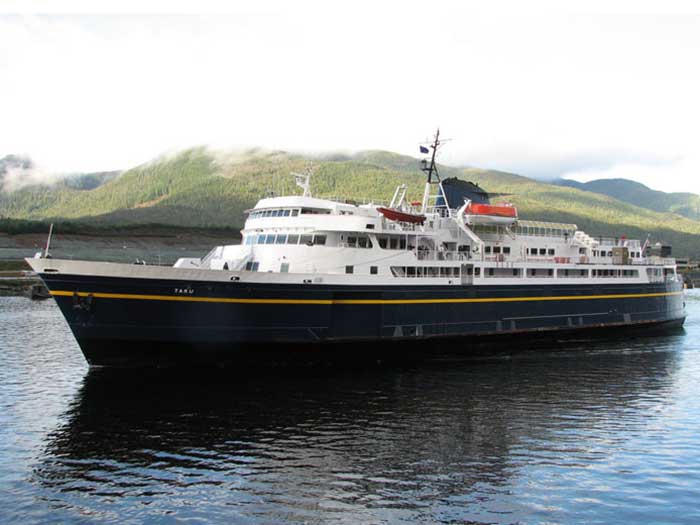 Taku back in its days as an operating ferry

JULY 11, 2017 — Alaska broadcaster KRBD reports that the Alaska Marine Highway System (AMHS) is giving interested parties an extra week and a half to submit bids on the 54 year old retired ferry Taku.

The vessel has been out of service for two years. KRBD reports that been put out to bid twice before, first at a $1.5 million, then at a $700,000 minimum bid. No offers were made.

“The latest attempt, advertised June 19, listed no minimum price,” says KRBD. “Bids were scheduled to be opened July 7. That deadline was then extended until July 18.”

Ferry spokeswoman Meadow Bailey told KRBD that the new deadline came at the request of an interested party.

“Obviously, there is not a huge rush on this. We have been working with the Taku for several months now. So we were happy to fulfill that request,” she said.