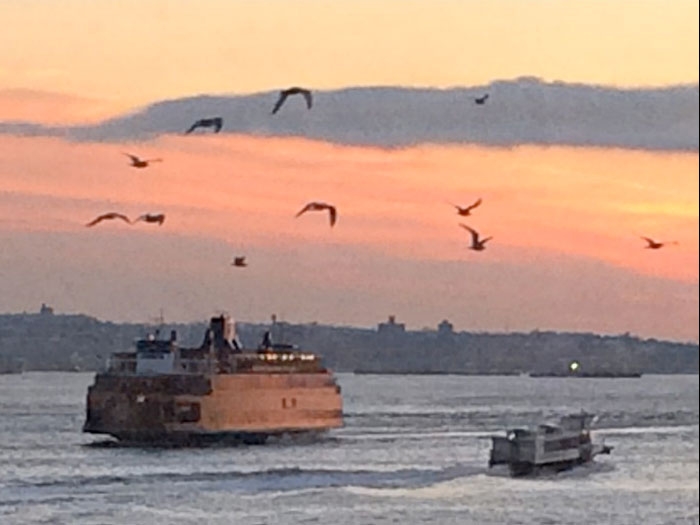 Earlier this month, Senators Schumer and Gillibrand had urged the U.S. Department of Transportation (DOT) to provide federal funding for the upgrades as part of the third tranche of disaster Federal Transit Authority (FTA) funding from the Sandy Relief Bill.

“Following the unspeakable devastation on Staten Island wrought by Superstorm Sandy, with this massive federal investment—that we fought so hard to secure—we can truly say that Staten Island’s ships have come in,” says Senator Schumer. “After Sandy, we were again reminded how important ferries are to our transit system during emergencies, and that’s why we need modern, resilient and reliable ferries that our Staten Island commuters and emergency response personnel can rely on.

The funding will support the NYC Department of Transportation’s (NYC DOT) Comprehensive Ferry Transit Resiliency plan, which Schumer and Gillibrand urged the FTA to support earlier this year. There are three main resiliency benefits of the project.

First, the funding will be used for two new 4,500-passenger vessels for the Staten Island ferry system. The modern ferries will offer critical protection and replace two vessels that have reached their useful life. The new ferries will each have four Voith Schneider Propellers, along with side doors, which will allow them to operate in more extreme weather conditions and dock at other terminals around the city in case of emergency.

As we reported on August 4, NYCDOT selected Elliott Bay Design Group (EBDG), Seattle, WA, to design the new class of ferries. This latest federal funding will help NYCDOT move ahead with construction.

Second, funding will be used to for dry and wet flood-proofing protective resilience upgrades at the St. George and Whitehall terminals to protect against the type of damage experienced during Sandy.

Third, funding will also be used to modify facilities at critical locations to accommodate the new vessels, while hardening the landings against damage from future storms and the effects of sea level rise.  The landing enhancement would be at four locations—Hunters Point in Queens and E. 34th Street in Manhattan as the priority and two others, at least one of which would likely be in Brooklyn.  There will be two “flex barges,” capable of being deployed to multiple locations, in addition to the four modified landings.