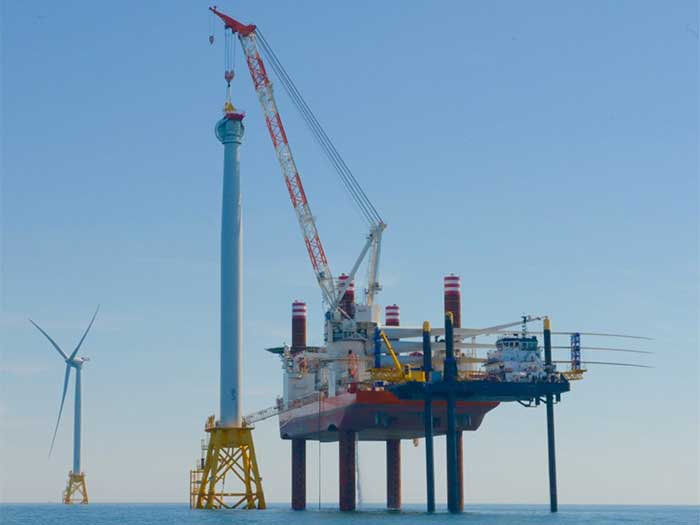 AUGUST 11, 2016 —Fred. Olsen Windcarrier reports that its installation vessel Brave Tern has completed more than half of the installation at the Block Island Wind Farm, located about 3.3 mautical miles southeast of Block Island, RI.

The first offshore wind farm in the United States, the 30 megawatt,  five turbine project is scheduled to be online later this year.

Block Island is first project Fred. Olsen Windcarrier has worked on outside of Europe.

The 433 ft Brave Tern arrived at Block Island July 31 from St. Nazaire, France, where it had loaded the wind farm’s five GE Renewable Energy nacelles. It is one of the world’s most advanced installation vessels, with cranes capable of lifting 800 tons, and its self-propelled jack-up system bringing the vessel to a height of roughly 480 feet above sea level during installation.

Assisting with the installations are the liftboats Paul and Caitlyn, heavy-lift vessels from the U.S. Gulf of Mexico operated by Montco Offshore., RI.