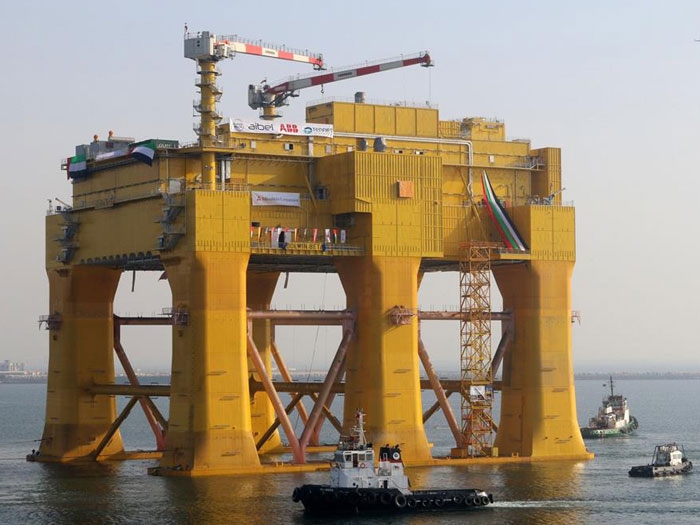 JUNE 15, 2014 — Drydocks World reports the successful completion of the pioneering offshore wind HVDC converter platform DolWin beta. The platform, the world’s largest of its kind in terms of capacity, was built at Drydocks World’s Dubai shipyard.

The platform is one of the main components of TenneT’s 900 MW DC offshore grid connection “DolWin2”. The platform will connect large offshore wind farms on the German North Sea. TenneT is the grid operator for the Netherlands and a large part of Germany.

The mammoth structure weighing approximately 23,000 tonnes is larger than a football field and is around 100 m long, 70 m wide and 90 m in height. The platform design was adopted from semi-submersible offshore rigs to cater to the huge capacity requirements. The steel used in the structure is enough to build two Eiffel Towers. The top side, consisting of operational compartments for the electrical equipment and living quarters, weighing about 10,000 tonnes was lifted at Drydocks World, which created a world record for heavy lifts. The successful mating of the top side and substructure was carried out in December 2013.

The substructure and top side were built at Drydocks World’s custom made newbuilding facilities.

All utilities and equipment for the platformwere installed at the facility.

More than 7 million man hours of hard work was involved in the construction of the platform. Several miles of pipe lines, many kilometers of stainless steel ducting and about 500 kilometers of electrical cables were laid and some of them were the largest available. Over 200,000 sq.m of steel surface was blasted and painted of which over 30,000 sq.m is insulated in accordance with stringent Norsok standards.

DolWin beta is built for a large wind farm cluster in the German sector of the North Sea and will be located in the DolWin cluster 45 km off the coast. The platform will have a generating capacity of more than 900 MW which is sufficient to light up a major city such as Frankfurt. It will receive alternating current from several wind farms with more than 200 wind turbines and convert it into direct current before sending it onshore via subsea cables. The platform will stand on the seabed at a depth of around 30 metres.

Following this completion, the platform is scheduled to leave Dubai in early June 2014. It will be taken to Haugesund, Norway, on a heavy lift vessel for commissioning after which it will be towed to its offshore location.

The unmanned platform will be remotely controlled and managed. 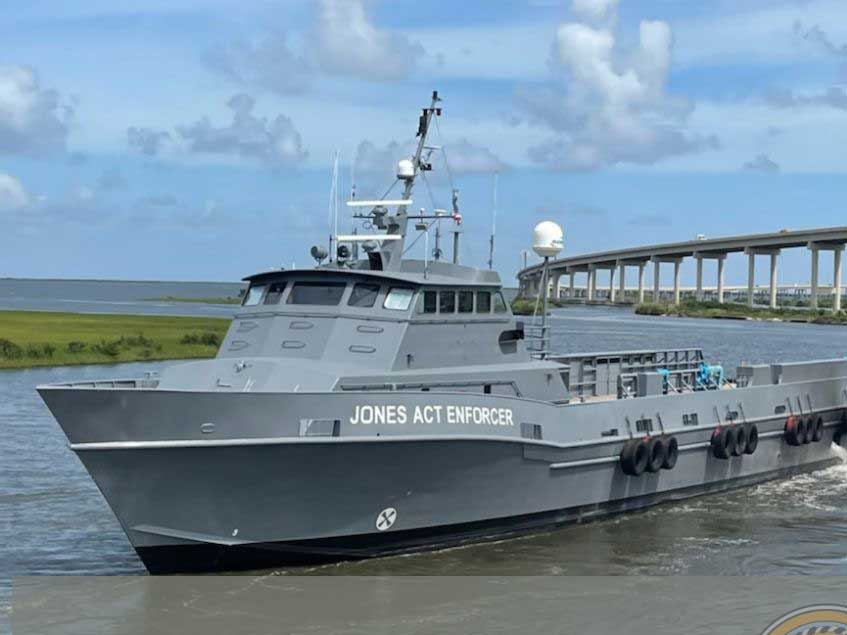