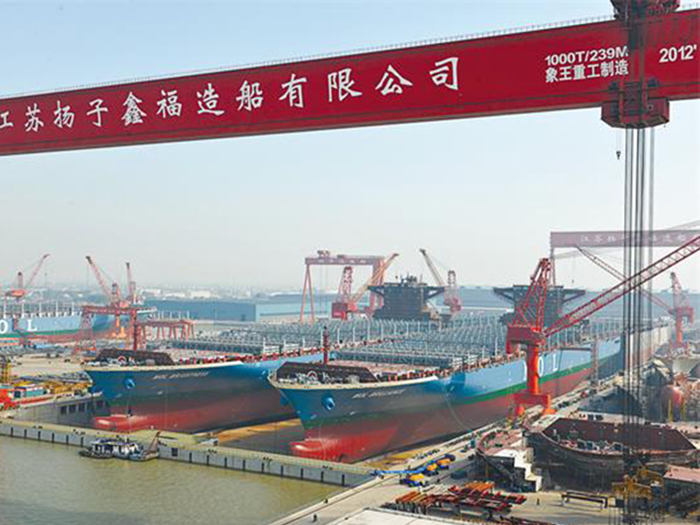 Shares in Chinese shipbuilder Yangzijiang Shipbuilding Holdings Ltd fell 17.3% on the Singapore stock exchange today after the company revealed in a filing that its Executive Chairman and controlling shareholder Ren Yuanlin “is currently assisting in a confidential investigation carried out by certain PRC governmental authorities”

“Until August 8 2019,” says the filing “Mr. Ren Yuanlin had continued to have a decision-making role in respect of major matters of the company, including his recent approval of the unaudited financial results of the Group for the second quarter ended June 2019 that was released on August 5, 2019.

“Based on the Board’s due enquiries as well as the legal advice sought by the Board, as of the date of this announcement, the Board confirms that to the best of its knowledge, the following: (i) that none of Mr. Ren Yuanlin, any of the other Directors (being Mr. Teo Yi Dar, Mr. Xu Wen Jiong, and Mr. Chen Timothy Teck Leng), any of the Group’s executive officers (being Mr. Ren Letian, Mr. Wang Jiansheng, Mr. Wang Dong, Mr. Xiang Jianjun, Mr. Du Chengzhong and Ms. Liu Hua), or any company in the Group, are the subject matter of the Investigation; (ii) that none of the Directors (other than Mr. Ren Yuanlin) and that none of the Group’s executive officers has been requested by any PRC governmental authorities to assist with or to be involved in the Investigation; (iii) that the businesses and operations of the Group are unaffected by the Investigation and Mr. Ren Yuanlin’s leave of absence and it is business as usual for the Group’s businesses and operations; and (iv) that Jingjiang Runyuan Rural Micro-finance Co., Ltd., a company in the Group, continues to operate its financing business and it is business as usual for the Group’s financing division.”