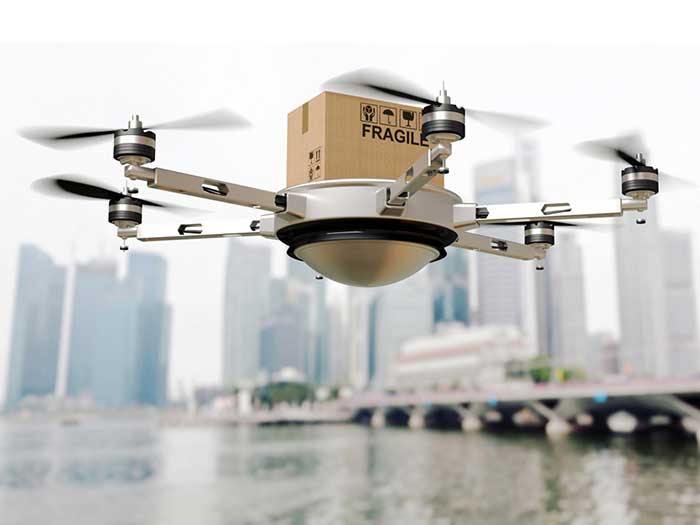 MAY 19, 2017 — Wilhelmsen Ships Service (WSS) says it will soon be delivering its agency essentials to ships via drone.

He says that drone delivery is a natural extension of the company’s existing agency services such as geting spare parts, medicine, documents, or cash to where it needs to be at moment’s notice.

Johansen estimates that, along with cutting delivery times drone flights will also slash costs, by dispensing with the need for launch boats to deliver such essentials to vessels at anchorage. With launch vessels typically costing on average $1,500, he believes a drone delivery could eventually come down to costing just $150.

WSS says it is launching a large scale working pilot project in one of the world’s busiest ports in 2017 and that, in spite of the complexity of global aviation rules and restrictions placed on unmanned aerial vehicles, for WSS drone delivery is very much here to stay.

The WSS agency team will be discussing the project for the duration of the upcoming Nor-Shipping event in Oslo, Norway.