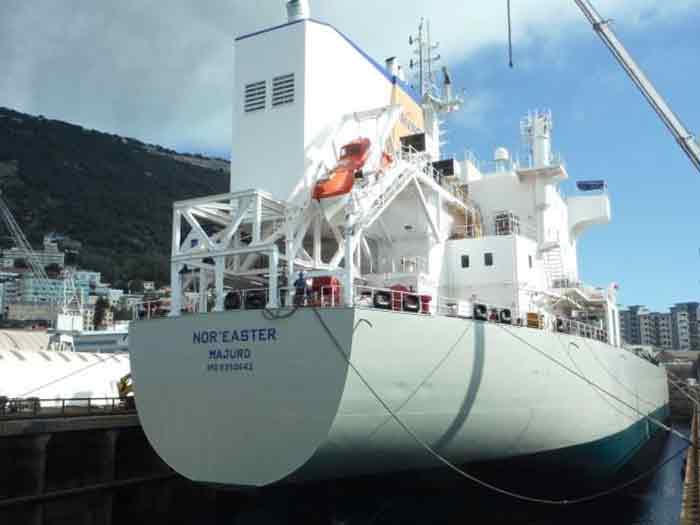 In addition to the normal Special Survey, she was retrofitted with an exhaust-gas scrubber. This investment will enable the vessel to operate permanently within emission-control areas (ECA), while burning residual fuels.

Four other vessels (East Coast, Acadian, New England and Great Eastern) have already been equipped with this technology and are now fully operational for charterer Irving Oil, whose trading area is almost exclusively within the North American ECA area.

Iver Progress has been time chartered by Irving Oil since November 2014 and, as well as a scrubber, also got a new name and a new paint job.

She emerged from the shipyard as the Nor’Easter, painted in Irving’s traditional colors.