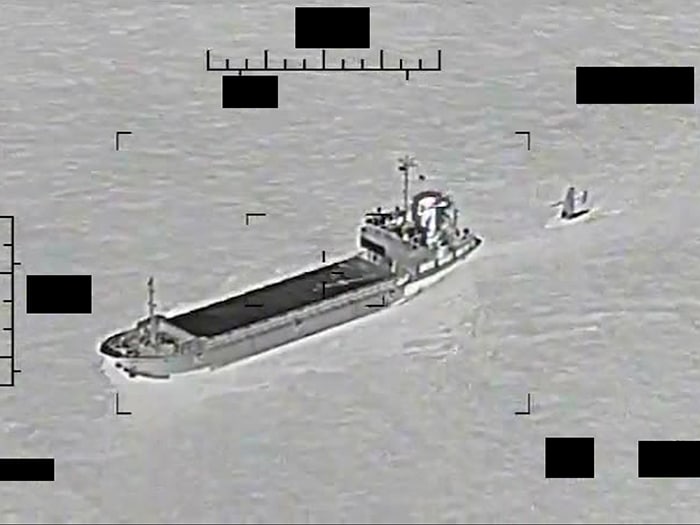 As we reported yesterday, shipbuilder Austal USA has entered into strategic partnership with Saildrone, Inc. to build autonomous uncrewed surface vessels for the Navy. In fact, the U.S. already has a number of Saildrones in operation, and this week, Iran tried to snaffle one of them.

The Navy reports that it “prevented a support ship from Iran’s Islamic Revolutionary Guard Corps Navy (IRGCN) from capturing an unmanned surface vessel operated by the U.S. 5th Fleet in the Arabian Gulf, August 29-30.

“The actions taken by U.S. naval forces in response resulted in the IRGCN vessel disconnecting the towing line to the USV and departing the area approximately four hours later. The U.S. Navy resumed operations without further incident.”

The Saildrone Explorer USV the IRGCN attempted to confiscate is U.S. government property and equipped with sensors, radars and cameras for navigation and data collection. This technology is available commercially and does not store sensitive or classified information.

“The professionalism and competence of the crew of the USS Thunderbolt prevented Iran from this illegal action,” said Gen. Michael “Erik” Kurilla, Commander, U.S. Central Command. “This incident once again demonstrates Iran’s continued destabilizing, illegal, and unprofessional activity in the Middle East.”