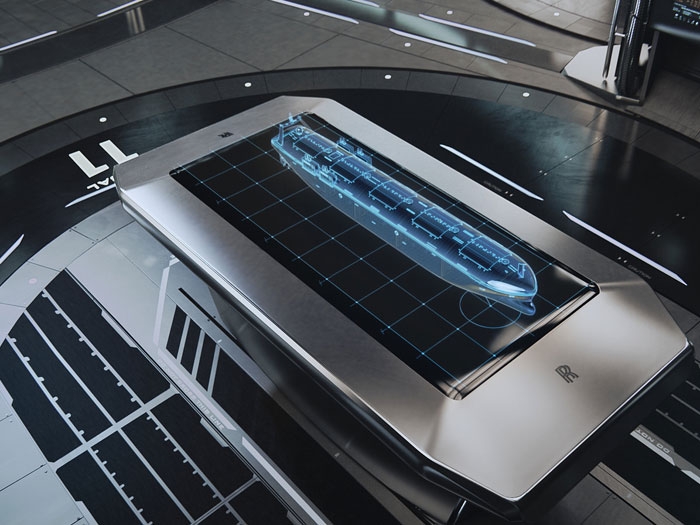 MARCH 23, 2016 — Rolls-Royce today unveiled its vision for the land-based control centers that it believes will remotely monitor and control tomorrow’s unmanned ships.

In a six minute film, Rolls-Royce presents a future in which a small crew of 7 to 14 people monitor and control the operation of a fleet of vessels across the world. The crew uses interactive smart screens, voice recognition systems, holograms and surveillance drones to monitor what is happening both on board and around the ship.

“We’re living in an ever-changing world where unmanned and remote-controlled transportation systems will become a common feature of human life. They offer unprecedented flexibility and operational efficiency,” says Iiro Lindborg, General Manager, Remote & Autonomous Operations, Ship Intelligence, Rolls-Royce. “Our research aims to understand the human factors involved in monitoring and operating ships remotely. It identifies ways crews ashore can use tools to get a realistic feel for what is happening at sea.”

The film marks the final stage of research that will inform the design and construction of a project demonstrator before the end of this decade.

“The autonomous ship does not mean removing human beings entirely from the picture, as is sometimes stated,” says Eija Kaasinen, Principal Scientist at VTT Technical Research Center of Finland Ltd. “Unmanned ships need to be monitored and controlled and this will require entirely new kinds of work roles, tasks, tools and environments. The future shore control center concept has been designed by emphasizing the user experience of the human operators. By focusing on the operators’ point of view, it is possible to introduce meaningful, pleasurable and engaging new roles for the ships’ shore control center professionals.”

The research was undertaken by VTT and University of Tampere research centre TAUCHI (Tampere Unit for Computer Human Interaction) in collaboration with Rolls-Royce. It explored the lessons learned from other industries where remote operation is commonplace, such as aviation, energy, defence, and space exploration.

It uses the InnoLeap approach, a VTT and Rolls-Royce-developed initiative for concept design and presentation of academic studies in a graphic format that is based on trend and user studies, co-innovation, scenario stories and visualizations.On April 5, in Helsinki

Rolls-Royce will reveal separate research findings, which it believes will set the direction for the development of remote and autonomous shipping.