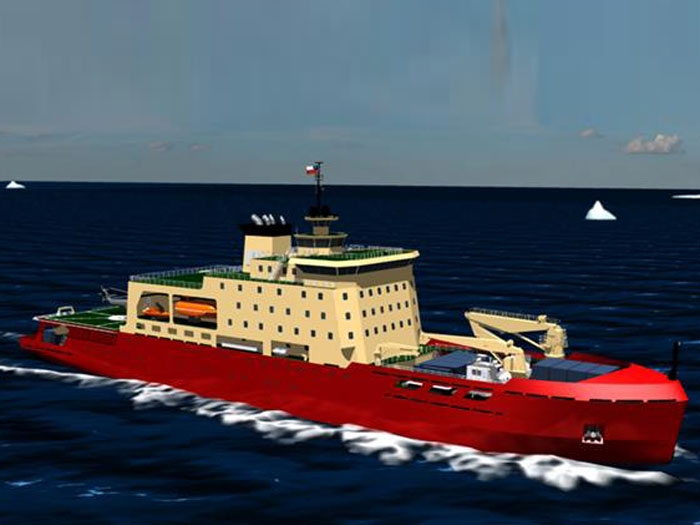 FEBRUARY 2, 2016 – Vard Marine has secured a contract worth EUR 4 million for the design of an Antarctic icebreaking vessel for the Chilean Navy.

Based in the U.S. and Canada, consulting naval architecture and marine engineering company Vard Marine is a subsidiary of Singapore-listed Vard Holdings.

The icebreaking vessel contract has been awarded the contract by ASMAR Shipbuilding & Ship Repair Company. It calls for Vard Marine to develop the basic design of the ship, which will be constructed at the ASMAR shipyard in Talcahuano, Chile.

The vessel will be capable of operating throughout the Southern Ocean with services to include logistic support, search and rescue missions, scientific research, and resupplying bases in the Chilean Antarctic Territory.

It will be approximately 125 m in length with a breadth of 22 m and a displacement of over 13,000 tonnes, a total complement of 155, and installed power of 14.5 MW to permit breaking one meter of ice at two knots.

The vessel is designed to carry a wide range of containerized and vehicle cargo; helicopters and rescue boats for logistics/SAR missions and will also have the ability to undertake a broad range of scientific data gathering activities.Delivery of the vessel is scheduled in 2021.